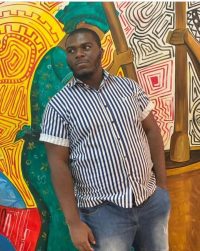 In an early morning cult attack, a 400 level student of the Ambrose Alli University was reportedly shot dead on Sunday 7 July, 2019.

The deceased, simply identified as Timothy, was gunned down in his off-campus residence by suspected cultists, multiple sources disclosed.

According to information made available to newsmen, Timothy was a good fellow who lacked the audacity to harm anybody.

Another source disclosed that the attack was not unconnected with the annual cult celebration on campus.

In a drastic effort to unravel the reason behind Timothy’s gruesome death, phone calls to the dean of student affairs, Prof Don Akhilomen, were unreachable while the spokesperson for the Edo State Police Command, DSP Chidi Nwabuzor, said he was yet to be briefed on the murder.

A departmental friend of the deceased directed newsmen to his Bestie, Lilliet, who also declined comments stating that the deceased never deserved such as he was a nice person who couldn’t hurt a fly.