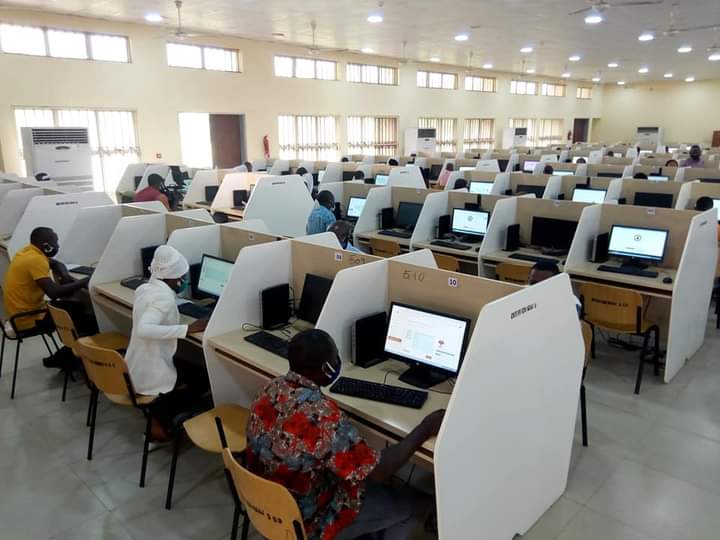 Oyo State government has disclosed that not less than 441 first-class graduates from different fields applied to write the computer-based test that commenced in Ibadan on Tuesday August 11, 2020.

The Chairman, Oyo State Teaching Service Commission, Pastor Akinade Alamu, announced this while inspecting the exercise which held at the University of Ibadan CBT hall.

The exercise which was to run through the week till Saturday attracted applicants from all the zones of the State.

Alamu said the interest of the said candidates in teaching service would bring significant turnaround in the education sector in the State, as the present administration under the leadership of Governor Seyi Makinde has ensured all other inputs to achieve success have been provided.

“We are happy to have the best applicants, especially the first-class graduates taking part in this exercise.

“The government of Oyo State is desirous of lifting education to a higher level so that we will have as much as the best among our applicants,” Alamu said.

“We want to bring back the pride attached to teaching in the old, it is the best profession and if we have the best hands joining, it is a good omen.

“The scores at the interview level will place applicants higher, we have a mark for NCE, we have different mark for graduates and there is a higher mark for first class, this shows that the whole thing will be based on merit,” he stated.

He added that the present government is concerned about the growth of education in the State.

“This is why we decided that before we appoint anybody as a teacher, such a person must be qualified, competent and ready to work in line with the passion of the governor for education.

“I believe this will raise the standard of education in the State and will catapult the performance rating of our State to the first three,” he said.

Pastor Akinade said the inputs earlier made available to the education sector by the present administration like distribution of compendium of past questions of a subjects, the intervention classes, distribution of books among others were indications of a State that always planned.

He saluted the comportment of all applicants that wrote the test on Tuesday and reiterated the stand of the government to pick the best among the applicants.

The State Chairman, Nigerian Union of Teachers, Comrade Adedoyin Samson, said the CBT test was the first of its kind, as it depicted love for probity and professionalism in public service.

He maintained that the system would allow for the recruitment of the best among the candidates against the allotment of candidates to political office holders that used to hold sway before now.

At the exercise was the Permanent Secretary, TESCOM, Mrs Grace Oderinde, members of staff of the commission and officials of the University of Ibadan CBT hall.