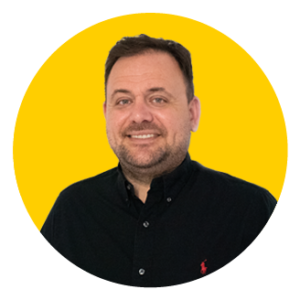 Reinforcement can be a powerful tool in eLearning. However, it is a double-edged sword.

In this article, I’ll share everything you need to know about positive reinforcement, including how to use it in your next eLearning course design.

How To Use Positive Reinforcement In eLearning

By definition, reinforcement is the act of strengthening a certain behavior so that it is more likely to be repeated. Typically this involves a specific stimulus, such as a reward, recognition, praise, or appreciation. When used correctly, reinforcement has the power to motivate, inspire and engage your learners, so that they are empowered to learn and get the most out of the educational process.

Reinforcement
Positive reinforcement strengthens desirable behaviors by presenting the learner a motivational stimulus, such as a reward or praise. This makes it more likely that the person will exhibit this behavior in the future.

For example, if learners are successfully completing an online scenario, praise would reinforce their behavior and encourage them to repeat this behavior in the real world.

This removal of desired stimuli serves as feedback to the learners, making them understand that this was not the expected behavior. Therefore, learners who want to improve their score know that they have to study harder and pay more attention to the questions in order to answer correctly and be awarded with all the points they need to pass the test.

Negative reinforcement should not be confused with punishment. Although they both try to extinguish an undesired behavior, the first has to do with removal of a positive stimulus, though the second with the presence of a negative one. Negative points (negative stimulus), could serve as an example of punishment, as undesired responses on learners’ behalf would result in lowering their total exam scores.

Therefore, in the first case of negative reinforcement, learners’ scores would remain the same, given the absence of positive stimuli (extra points), though in the second case of punishment, points would be subtracted from their total score up to that point, making them experiencing the negative consequences of their undesired behavior by seeing their total exam score falling.

There are a number of ways you can incorporate positive reinforcement into your eLearning course design. Here are few tips you can use to encourage positive learning behaviors:

Offer custom tailored praise to students who exhibit particularly positive learning behaviors, and avoid offering general praise to all members of your audience. While it’s perfectly fine to give them all a virtual pat on the back when they work well together or all earn high scores on their exam, it is more effective to praise each learner individually and personalize the praise. Be as specific as possible and let them know exactly what they did right, so that they know which learning behaviors earned them the praise.

Rather than letting your learners know what they did incorrectly at every turn, try to offer them encouragement, inspiration, and motivation. If a learner is continually stumbling over a particular simulation, offer them positive constructive feedback and attempt to figure out why they are repeating the same behavior time and time again. If they can see that you are willing to give them the benefit of the doubt and actually help them resolve the issue, then they are more likely to correct and repeat the desired behavior.

You must reinforce the behavior immediately after it occurs. If you wait until the end of the eLearning course to reward the desirable behavior your learner simply won’t be able to link the behavior to the reinforcement. Their brains probably won’t make the connection between the act and the reward, which means that there will be no positive effect whatsoever.

Design eLearning activities that focus on progress and improvement

Your learners should always be aware of the fact that you aren’t asking for perfect, just for them to do their very best during the eLearning course. This is why it’s so essential to focus on improvements and the progress they have made while you are presenting the positive reinforcement. Let them know how far they’ve come since the beginning of the eLearning course, or praise them for correcting a certain behavior and specify how they have been improved. You can also encourage them to set goals while doing this by offering feedback on how they can strengthen the behavior in the future or develop necessary skill sets.

You can have too much of a good thing, especially when it comes to rewards. It’s best to surprise your learners with rewards, rather than offering them so often that they grow to expect them. For example, instead of giving your learners a reward whenever they complete a unit, only present them a reward if they successfully complete a challenging scenario or get a high score on an exam. This element of surprise will not only motivate them, but make your praises and rewards more meaningful and powerful to them.

Recognize top learners by integrating leaderboards or other reward systems

Human beings are competitive by nature. Even those of us who don’t necessarily think of ourselves very competitive are motivated by the fact that we excel in a particular subject.

This is where leaderboards and rewards systems come into play. Not only do learners get rewarded when they exhibit favorable behaviors, but they also receive the recognition and appreciation they are looking for.

The key to this, however, is that learners should not be performing the behavior just for the sake of earning a tangible reward or avoiding a negative consequence. Ideally, the reward should just be a secondary source of motivation.

It can be tricky to know the difference between negative and positive reinforcement in some cases. However, follow the above tips and offer your learners the praise and support they need without centering their eLearning experience on extrinsic motivation factors.

Christopher Pappas is the Founder of eLearning Industry Inc, which is the leading publishing platform that delivers inspiring, industry-specific content to eLearning professionals.