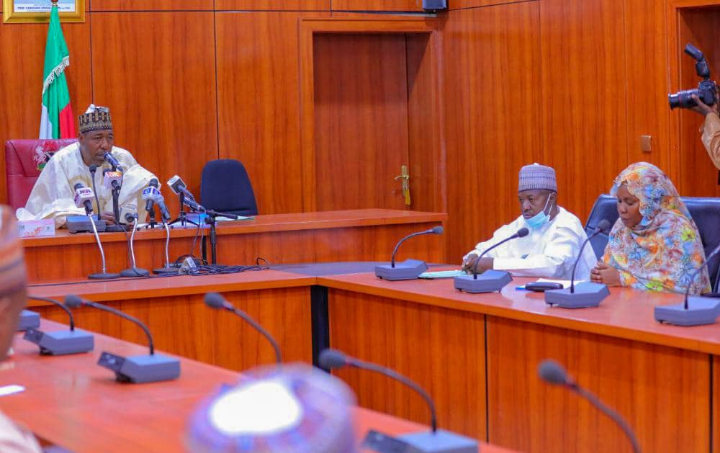 Governor Babagana Umara Zulum has disclosed that not less than 776 newly-recruited teachers will join Borno’s secondary schools by November 1, 2020.

He made the announcement on Tuesday October 13, 2020 in Maiduguri in a meeting with commissioners of the State’s Ministries of Higher Education, Senior Secondary Education, and chairman, Borno State Universal Basic Education Board (BOSUBEB) in charge of primary and junior secondary schools and other stakeholders in Borno’s education sector.

The Governor also directed the State Ministry of Education and the State Universal Basic Education Board to recruit some qualified retired teachers, particularly science teachers on ad hoc basis.

He said it is to bridge the gap of the existing shortage of science teachers across the State.

Governor Zulum, noted that once the ongoing verification exercise of primary schools teachers is completed, he would approve the recruitment of new teachers for primary and junior secondary schools through the State Universal Education Board.

He revealed that the State Executive Council had resolved to extend the retirement age of tutors at state-owned tertiary institutions. Hence, he noted that a bill was already sent to the State Assembly to that effect.