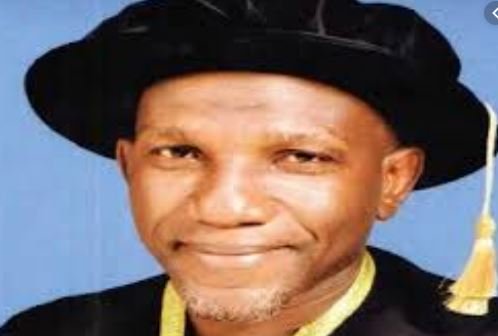 Bala, a Professor of Building and Construction Management, emerged among 11 candidates selected for considerations out of the 17 candidates that initially applied for the prestigious position.

This was disclosed by the University’s Pro Chancellor and Chairman of the Governing Council, Mal. Adamu Fika, at a press conference at the Arewa House, Kaduna on Wednesday 22nd January, 2020.

According to him, the process of the selection began on the 24th September, 2019 when the Governing Council met and authorised the publication of advertisement in a reputatable national newspapers.

“On the 3rd December, 2019, the selection Board met and adopted a guideline to assist in selecting three of the applicants to be considered by the council,

“On 7th January, 2020, Council met and shortlisted eleven (11) candidates to be considered by the selection board,” he said.

“The Council met earlier this afternoon and chose Professor Kabiru Bala as the new Vice-Chancellor. I now have the pleasure to present him and to present his letter of appointment,” he stated.

He however condemned the allegation of the current Vice Chancellor, Professor Ibrahim Garba, that due process was being breached on grounds that names of candidates had not been sent for clearance, adding that guideline adopted by the selection board should have been submitted to the Council for consideration and possible amendment.

The New Vice Chancellor worked briefly at Amana Development Company in Kaduna and on December 10th 1987, he was offered employment as a lecturer or Graduate Assistant at the Ahmadu Bello University Zaria, where he rose through the ranks to become a Professor of Construction Management on 1st October 2007.

After joining the ABU Zaria in 1987, he obtained Masters of Science Building Services in 1990, another Masters in Business Administration in 1998 and Doctor of Philosophy (PhD) in Construction Management in 2001; all from Ahmadu Bello University.

He was at the Department of Civil Engineering, Surveying and Building, University of Abertay, Dundee Scotland as a Visiting Scholar in 1995.

Bala taught and examined several undergraduate and postgraduate courses, and has successfully supervised over 10 doctorates and over 30 Masters Degree students.

He has over 80 publications in national and international academic journals.