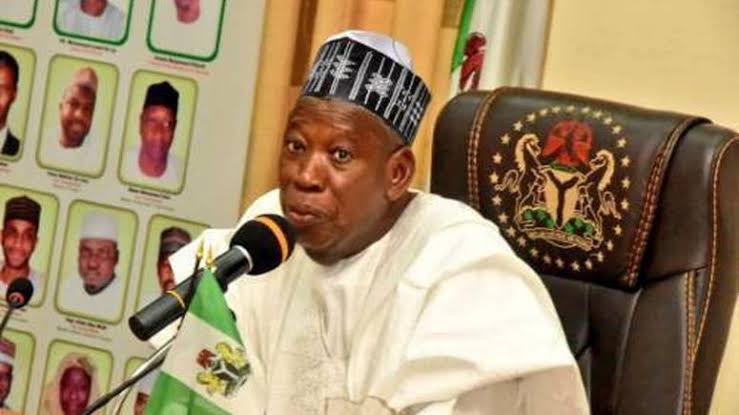 An American university has debunked the appointment of the Kano State Governor, Abdullahi Ganduje, as a visiting professor.

While disclosing this in a statement on Friday December 4, 2020, the East Carolina University (ECU) stated the letter Mr Ganduje got from a member of its faculty was unauthorised by the appropriate officials.

The university stated its official stance in a letter sent to the Kano governor.

It was earlier reported that the spokesperson of the governor, Abba Anwar, told journalists in Kano on Tuesday that the governor’s appointment was contained in a letter sent to him by the school through Victor Mbarika, a lecturer of International Center for IT and Development at East Carolina University College of Business on November 30.

The university confirmed that Mr Mbarika is its faculty member but said he had no authority to make such appointment.

Mr Ganduje was said to have been selected due to his “accomplishment in good governance and genuine investment in human capital development.”

The governor’s spokesperson also quoted the letter as saying that “Ganduje’s choice is a depiction of close monitoring of his achievements as a governor in the last couple of years. Which eventually earned him global recognition and commendation.”

“You have been a source of motivation to the Nigerian youths both at home and in the diaspora at large.

“We are amazed at your accomplishments both as the Executive Governor of Kano State, Nigeria; Fellow, National Association of Educational Administration and Planning, Nigeria; and your investment in Human Capital Development.

“Looking at your academic, administrative, and overall leadership record in Nigeria and Africa, you fit perfectly in East Carolina University’s goal to remain a leading research and teaching institution in the United States and beyond”, the statement read.

In a letter sent to Ganduje and signed by its Interim Provost and Senior Vice Chancellor for Academic Affairs, B. Grant Hayes, the university said, “It has been brought to my attention that you received a letter from a faculty member dated November 30, 2020, that appeared to offer an unpaid appointment in the “International Center for IT and Development” at East Carolina University College of Business.

“I must inform you that the letter you received from Dr. Victor Mbarika, on November 30, 2020 does not convey an authorized offer of appointment or establish any position of scholar or professor at East Carolina University (“ECU”).

“Only the Chancellor, myself, or another official identified in ECU’s published statement on Delegation of Contracting Authority for the Division of Academic Affairs may authorize or sign appointment letters under which faculty are employed. Dr. Mbarika is not such an official,” the official told Mr Ganduje.