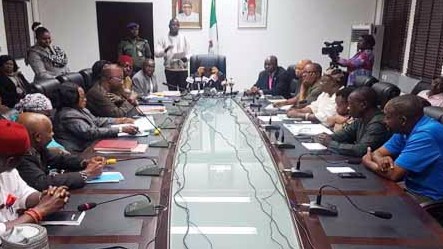 The meeting between the Federal Government team and the non-teaching staff in the universities under the auspices of Joint Action Committee, JAC, ended Tuesday, February 2, 2021 without any consensus on the contentious issues.

It should be recalled that JAC comprising the Non-Academic Staff Union of Educational and Associated Institutions, NASU and the Senior Staff Association of Nigeria Universities, SSANU had threatened to close the universities starting from February 5 if the government defaults on addressing some of the concerns they raised.

Some of the concerns include the issue of the Integrated Payroll and Personnel Information System, IPPIS, which the unions complained that they were having problems with since they migrated into the platform, the non-payment of arrears of minimum wage since April last year, the disparity in the sharing of the N40 billion Earned Allowances in which the Academic Staff Union of Universities, ASUU was allocated 75 per cent of the total sum leaving 25 per cent for three unions and the alleged usurpation of the functions of the non-teaching staff by the ASUU members.

In an effort to salvage the universities from the impending strike, the Minister of Labour and Employment, Senator Chris Ngige, acting as mediator between the government and the unions convened a meeting in his office in Abuja.

Edugist gathered that the meeting ended in a deadlock as the burning issues remained unresolved.

According to source, the union members had to request for adjournment when it was clear to them that the government had nothing on the table for the amicable settlement of the contending issues.

The source said, “On the issue of the arrears of minimum wage, they said there is no date for payment

”On the IPPIS, they have formed a committee among the unions to go and sit down with the IPPIS to sort out the nagging issues.

“As we discovered that there was practically nothing forthcoming from the government, we tactically asked for an adjournment so that we can go and meet our people because the issue of minimum wage arrears is one of the major issues and the IPPIS thing. If those things are not ready, so what are we discussing?

“We told them we are going to meet with our people if we can get fresh mandate to continue with the discussion.

”They requested that we should communicate back to Government within 48 hours.”

The source also noted that the issue of Earned Allowances was not mentioned at the meeting.