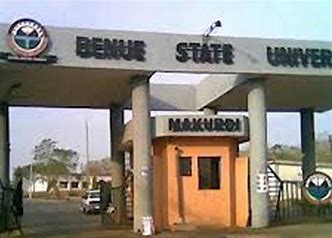 This was disclosed on Wednesday May 20, 2020, by the Governor, during the ceremony at the New Banquet Hall of Government House in Makurdi.

The governor stated, the new members of the governing council were tasked with repositioning the institution to attain greater heights.

He added that, he also charged the council to ensure the university produces graduates with adequate entrepreneurial skills.

He said BSU, with students’ population of 25,000, is a great centre of learning in the country.

Ortom stressed that he was passionate about its development and other state-owned tertiary institutions.

He noted that BSU is one of the greatest universities in the country. This was, in terms of salary structure and academic allowances, infrastructure, resulting from his administration’s commitment to workers’ welfare.

According to him, BSU had hired new workers to strengthen its faculties and improve quality of learning.

He added that he had also directed that retired professors who were still active be employed on contract to improve research, teaching and supervision.