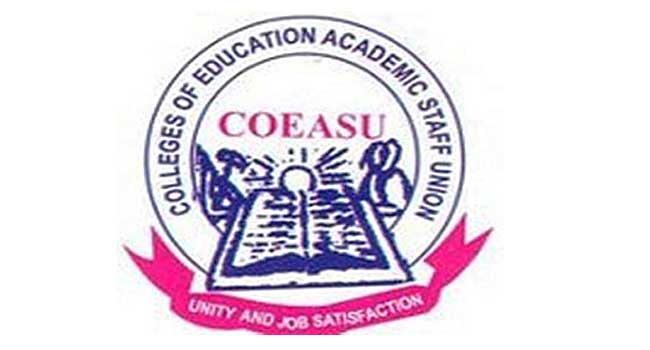 COEASU Appeals to LASG to Covert AOCOED to University

COEASU made the appeal recently at a briefing where the chairman of AOCOED-COAESU, Ige Ajayi explained that the College was long overdue to be upgraded having had great personalities passed through her.

According to the union, the institution scored above par during three consecutive rigorous accreditation exercises from the National Universities Commission, NUC.

Ajayi said, “The institution is the oldest tertiary institution established by the Lagos State Government.

“It has paid its dues and has all it takes to become a world-class university of international repute. Today, the college can boast of qualified human resources: with over 75 PhD holders, about 30 getting close to the finishing line, both here and abroad, and about 12 awaiting PhD defense.

“Thus, the college can compete with other sister-institutions at both students and staff level.”

COEASU praised Governor Babajide Sanwo-Olu of Lagos Sate for ensuring that civil servants got their salary during and after the Covid-19 pandemic.

Former National Alumni president, presently a lecturer of the Department of Physical Health Education, Adeyemi Adesanya, said that transforming AOCOED into a university will boost the status of the institution. It will also meet the needs of Lagosians going to other states for a varsity degree.

“While we are confident that our College has all it takes to be a university, it will be a dream come true for students who want to stand on the same pedestal with other universities students,” 43rd Student Union president, Bamgbose Joshua said.

Also, the Director, Centre for Extra-Mural Studies and Community Educator, Dr. Hussain Luqma, believe that transmuting AOCOED into a university will afford staff due recognition with their counterparts.