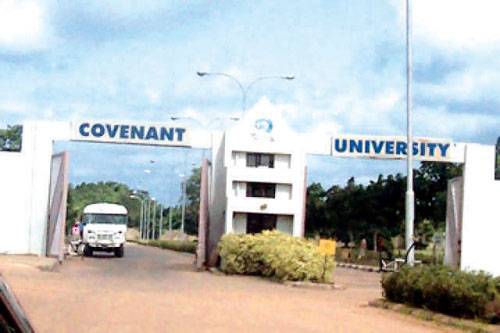 Covenant University has appointed Prof. Abiodun Humphrey Adebayo as the seventh Vice-Chancellor of the institution.

The new VC replaces Prof. Akan Williams, who had been acting in that capacity since the exit of Prof. AAA. Atayero.

He joined Covenant University in 2005 and was awarded a PhD degree in Biochemistry by the university in 2009. Adebayo undertook a postdoctoral study at the Institute of Microbiology, Chinese Academy of Sciences from 2012 to 2013.

There, he specialised in Plant Biochemistry and has been actively involved in the sustainable use of indigenous medicinal plants with some partnerships with local and international industries.

His main research focuses on phytochemical, biochemical and toxicity studies of medicinal plants.

He also won research equipment grant worth $25, 000 from the Ministry of Science and Technology, China. His research group won the 2014 TWAS Research grant of about $60, 000 for carrying out a study on the “Preclinical evaluation of novel computational-aided designed compounds as antimalarial drug candidates”.

Adebayo is a fellow of the Nigerian Young Academy (NYA) and a Sectional Editor of Annals of Science and Technology, the Academy’s official journal.

He is a member of the accreditation panel of the National Universities Commission (NUC) and has accredited Biochemistry programme in some private, state and Federal universities of the federation.