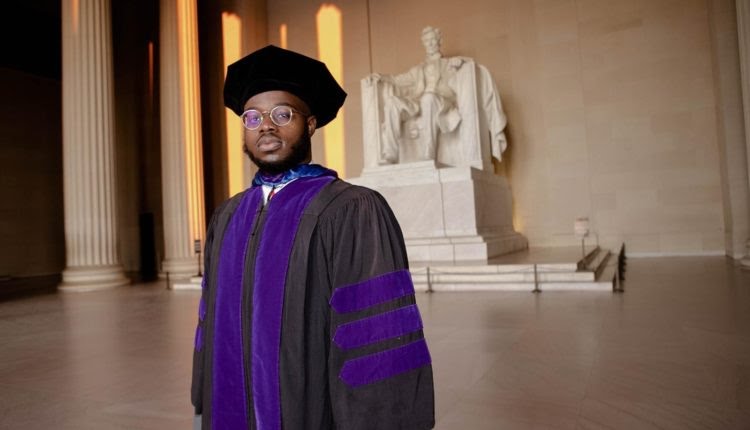 An indigene of Ekiti State, Damilola Arowolaju, has completed his Doctor of Philosophy PhD in Law from The George Washington University Law School, Washington DC.

This was disclosed on Saturday May 30, 2020, by Damilola’s father, a former Special Adviser to Governor Segun Oni on Due Process, Dr. Bayo Arowolaju.

While confirming it to journalists in Ado Ekiti, Dr Arowolaju stated that he was glad that his son could be decorated with such a high academic honour at the age he secured admission to the University of Lagos where he studied Sociology.

Damilola Arowolaju was conferred the honour at the university’s virtual graduation ceremonies held on Thursday May 21, 2020.

In a video clip containing his speech to fellow graduating students, Damilola said he would continue to promote justice for all manners of men, irrespective of creed, race and class.

“No sacrifice is too much to make to protect human rights and promote self-respect among humanity,” he said.