Dismissed staff of the Ekiti State University, Ado Ekiti have reacted to the dismissal of over 600 staff by the management of the institution.

While expressing their displeasure on Monday, the angry staff not only condemned the decision of the management, they also grounded all academic activities at the institution.

The lecturers who protested within and outside the institution’s campus blocked the entrance gate as early as 7: 45am and chanting solidarity songs. 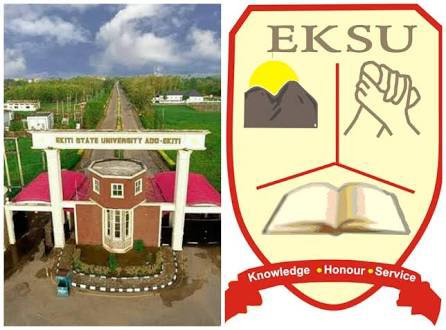 Carrying placards with various inscriptions and solidarity songs, the protesters barricaded major roads and prevented vehicles from either leaving or entering the campus.

Meanwhile, the Vice Chancellor of the university, Professor Edward Olanipekun, advised the protesters to be law-abiding and ethnical.

The administrative building was besieged and members of staff were chased out from their duty posts.

In his reaction to the development, the NLC Chairman in Ekiti State, Mr Kolawole Olatunde, said the struggles would be a fight to finish between Labour and the management.

While describing the action of the management as uncivilized and inhuman, Mr Kolawole threatened the union would continue with the protest until the management rescinds its decision on the sacked workers.

The labour leaders therefore urged Governor Kayode Fayemi to called on the institution’s authority to reverse the decision to guarantee industrial harmony.