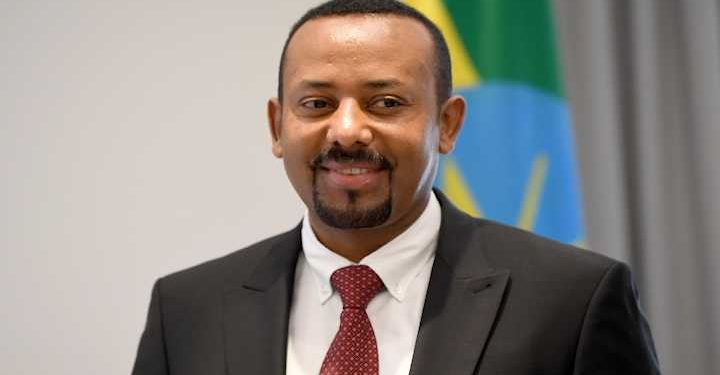 The Prime Minister of Ethiopia, Abiy Ahmed, has been awarded an honorary doctorate degree at the convocation of the University of Abuja

The Prime Minister was among the 10,331 students who were awarded various classes of degrees on Saturday 15th February, 2020.

Ahmed received honourary Dr of Political Science during the convocation which held at the main campus of the university.

About 3,000 of the total graduates from the Distance Learning Centres of the university were also be awarded various degrees.

Not less than 26 of them received First Class and 866 Second Class Upper degree.

According to the Vice Chancellor of the university, the institution is on the verge of establishing two new faculties: Environmental Sciences and Pharmacy.

“This convocation which is to award degrees to 10,331 students. Among this number, we have 26 First Class students, 866 Second Class upper division, 2,317 Second Class lower division and 339 Third Class products,” he said.

“There are plans to establish two new faculties – the Faculty of Environmental Sciences and the Faculty of Pharmacy. We have got approval of the National Universities’ Commission. We are going to start with three of four Departments.

“There are a lot of issues today bothering on our ecology and ecosystem which the Faculty of Environmental Sciences should address,” he added.

The VC noted that the university was working on expanding its admission process to ensure that every state of the federation was represented in the institution.

“We are warning all those encroaching on the land of the university that their days are numbered. We are coming after them and we are going to choke them in. We are carrying out fencing and people should not take laws into their hands against the university.

“We are putting in place strategies to ensure that we enjoy regular patronage from every state of the federation. In fact, every state in Nigeria is our catchment area,” he noted.