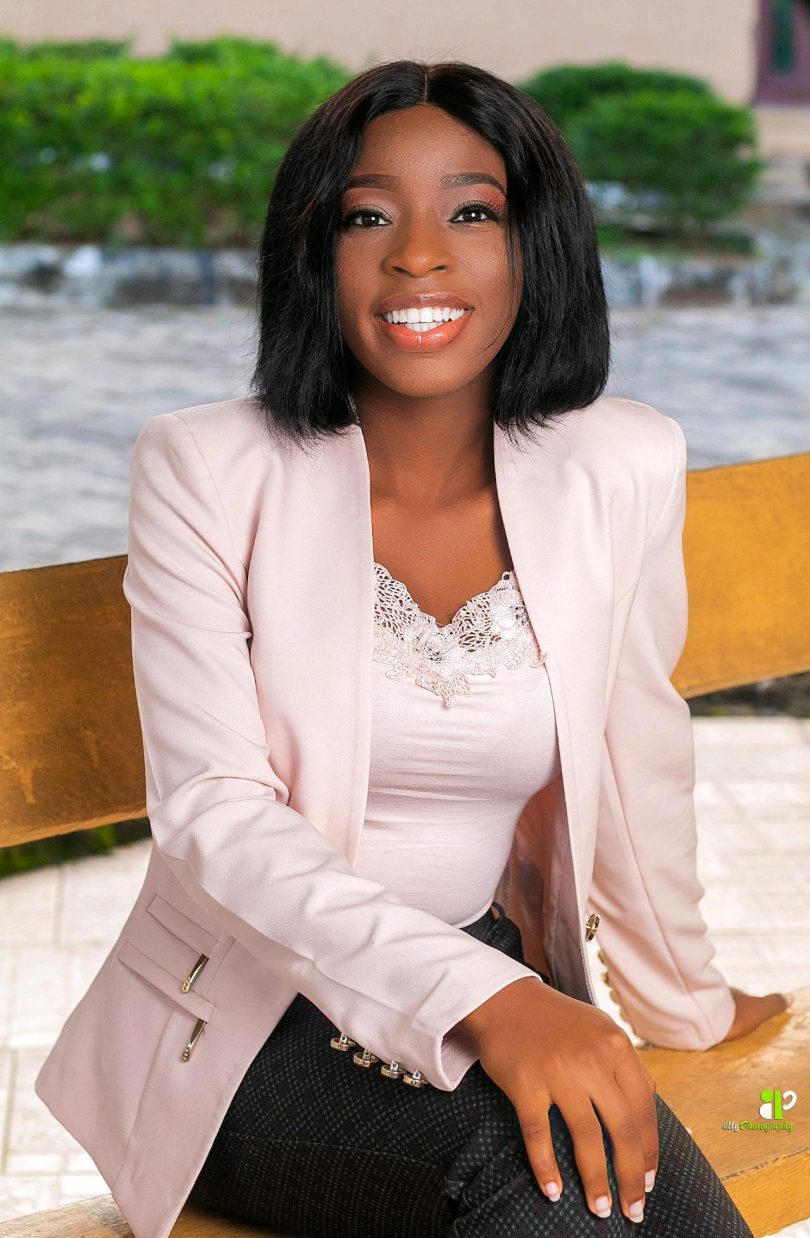 Hello everyone, let me apologise for not posting last week. Thanks for forgiving me. Winks! My scholar for the week is an amazing young lady. Mary is the Overall Best Student in UI, 2018/2019 session. She shares her story and advises students.

Abigael Ibikunle of Edugist: Please share with Edugist, a little about your background.

Mary Ofure: My name is Mary Ebhomielen Ofure. I am the second of six children;three boys, three girls. I had my primary school at Ikeja; Caro Nursery and Primary School, Ikeja. And moved on to my secondary school in 2008 at Liousville Girl’s high school at Ijebu, Itele. And afterwards, I furthered my education at University of Ibadan for a degree in Computer Science.

AI: Was there any motivating factor(s) that influenced your choice of discipline and institution?

MO: I remember back then in school, in SS3. People would talk about the school they wanted to go to. In my case, I wanted to go to either UI or Unilag. I didn’t know much about Nigerian Universities. But then, Unilag had a tag. Which was that their students are party lovers.

My family live in Lagos, so it’s easy for my parents to come and sneak up on me. Hence, Unilag was cancelled. At the time, UI had this very serious reputation. Coupled with the fact that a lot of my friends attended UI at the time. So, I just thought if they went, I would as well.

And for course of study. From childhood, I had always wanted to study medicine. It was always going to be medicine. But somewhere along the line, SS3 to be precise. About a week before I filled my JAMB form, I don’t know how it happened but I just didn’t want to study medicine again.

There was really nothing but I just didn’t want to study medicine again. That was the time when Android apps started coming out. All the android game apps and all seemed intriguing to me. So, I thought I wanted to be involved in building and developing Apps. I thought it was cool and all. It was a smart thing to do. So, that was it for me. I wanted to study Computer Science.

MO: I started like every other student. I just thought, when I get into school, I wanted to do my best. Because I have seen the result of hard work before and that was from my WAEC. I studied hard and I got good results; 6 A’s. I thought to myself to replicate that as well in University. It wasn’t like I had any GP ambition in mind. It was just a thing of seeing the result of hard work.

From my first semester, I wasn’t the type that was exploiting the newly acquired freedom. I just wanted to make the best use of it. And I started with a 7.0. From there, when I saw that I could actually have a 7.0, the next thing was to maintain it.

AI: There are two major skills that every student must possess: COMPETENCE and PERFORMANCE. While competence revolves around skill acquisition. Performance is much more concerned about skills application. It is believed that most graduates are competent because their academic performance testifies to this. But they are performance-challenged. This poor performance ipso facto hinders them from getting lucrative jobs in the labor market. What can you say about this assertion?

MO: I will answer this question with what my course mate always said while we were in school. He’ll say that

there is no way you’ll be loaded and not be needed.

And it’s practically true because there is no way a student would have the skills required for a job market and then people would not demand for his or her skills. So, even though we’re talking about competence and performance. If we consider jobs like management for example, before they recruit, they go for first class, 2:1 and things like that.

And if we consider jobs like technology, they usually consider how well the applicant can code. They don’t really care if they have a 2:1 or not. For performance, it usually depends on a number of factors. For competence, if a student keeps doing things over and over again, there is no how such student will not be competent at it.

But performance is another issue. A student can be competent and not be performing because of a number of factors. Some of which might be background; like things happening at home. Some can be lack of motivation to do the job. The pay might be another factor. So, I think performance-based is a factor of what motivates an individual to do the job.

If the job is okay, things going on well and there is satisfaction in the work done. Then performance will complement competence.

AI: What do you think is responsible for competence without performance? Please suggest ways to improve performance among university graduates?

MO: For students in the universities, the reasons why most students are not motivated to study is because they don’t see immediate gains from studying.

At least I can say that for the past two weeks since my story went out. I have had a lot of people reach out to me. To hear my stories and things like that and even for job offers.

I think it’s basically because there are no immediate gains to performing well at schools. So, students don’t really put in their efforts.
And some of these students running their side businesses, put so much in it.

For students, if institutions can show students from their 100 levels what it takes to perform well or the advantages of performing well, it will go a long way in improving performance.

AI: Achievement in life transcends one’s personal efforts. There were people who, during your program, rendered some assistance that made your dreams a reality. Who are specific persons whose contribution you can’t forget in your first-class feat?

MO: The list is quite much but I am grateful to Ahmed Olawale for being a major boost to my performance at the early years of my journey. I also want to appreciate Victor, Toyosi, Tolu, Busayo. There was also Elizabeth Nwareze, who inspired me to be more.

And all friends that would introduce me as the best graduating students even right from 300l made me pursue excellence.

I would also also love to appreciate Dr. Osapere and my project supervisor who taught me the essence of being assiduous. 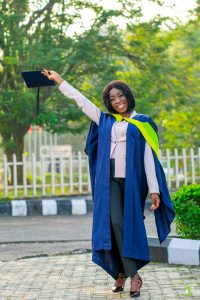 AI: As a first-class graduate, are you currently gainfully employed?

AI: Do you think your grade gives you any advantages over other graduates?

MO: At the moment, there has been a lot of attention, spotlight as a result of my grade. I think people are readily available to give me a listening ear. I can be invited for an interview and people want to hear what I have to say.

It’s very possible for me to get a good job now. And then 5 years down the line, I am still doing what I am doing. I think overtime, it’s not a matter of whether a student graduated with a first-class or not. Maybe initially, it could be but when others start catching up with opportunities.

AI: For students who aspire to graduate with a good grade, what advice will you give them?

MO: It’s all about consistency.

Any student that wants to graduate with a perfect score will have to work to have a perfect grade.

There can’t be a perfect grade if students leave their study time till exam period. It’s something they have to start, if not at the beginning of the term, perhaps middle of the term. They should be diligent with studies.

Know when to prioritise. I am not saying they should not be involved in extracurricular activities. But a student should know his or herself, know how much workload he or she can bear before it begins to affects their studies.

For as many students who are particular about making perfect grades. Discipline and consistency is key.

AI: What do you advise the government to do to improve our standard of education?

MO: There are so many things wrong with our education system. From our course work to infrastructure, to other bureaucracies and corruption in the educational sector. So, it’s not a 5 year to ten years journey. It’s something that will take a very long time. I will advise the government to take it one step at a time. They should inform the citizens of their tenurial focus.

If it is education, then we can be sure that by the end of a tenure. About 60 percent of federal schools or whichever school the government is working on would have infrastructure. And adequate infrastructure.

If it’s the curriculum, it should be revisited. Such that everyone knows that expectations are met at every time. This doesn’t mean that other areas would not be done. But it is bad to make a 5-point manifesto and nothing is achieved.