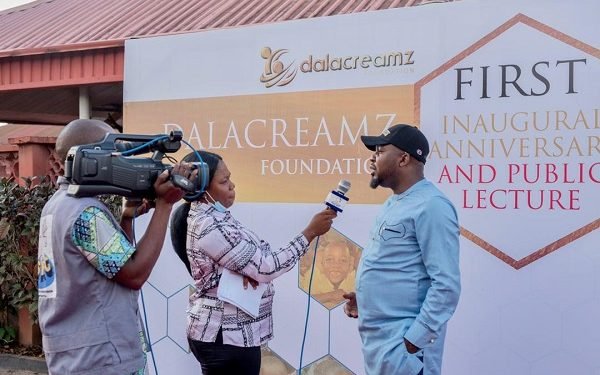 A non-profit organisation, The Dalacreamz Foundation, has announced plan to distribute 6,000 chairs and exercise books to schoolchildren in the three senatorial districts of Ondo State.

This was announced during its public lecture and inaugural anniversary, which attracted notable personalities, including member of House of Representatives for Idanre/Ifedore Constituency, Tajudeen Adefisoye.

President of the Foundation Oluyemi Fasipe, said, “Without a doubt, there are palpable gaps within the human society that could only be filled by public-spirited individuals.

“In a society like ours, where grinding poverty, lack, and wants are stark realities; therefore, tears, hunger, and anguish can only get reduced through the activities of non-profit making foundations like ours.”

“This organisation is genuinely committed to reducing the depressing effects of poverty targeted at children in Ondo State and Nigerian society at large,” Fasipe added.

He stated that the reality of lack and want in our immediate environment has necessitated the birth of the Foundation.

“Dalacreamz Foundation was borne out of the passion for children and to positively impact Nigerian society.

“The critical economic situation of our country has made it imperative for some committed public-spirited individuals to come together under the banner of Dalacreamz Foundation for the primary purpose of giving support to the economically disadvantaged children in our society,” he said.

Fasipe further stated that “Dalacreamz Foundation’s primary interest is to continually give support to vulnerable persons especially children in the society.”

The occasion, which also featured the inauguration ceremony of the Foundation’s new patron, Hon Tajudeen Adefisoye, and executive members, was attended by a number of dignitaries.

Seriki emphasised the importance of non-governmental organisations in assisting the government to provide for the well-being of Nigerian citizens.