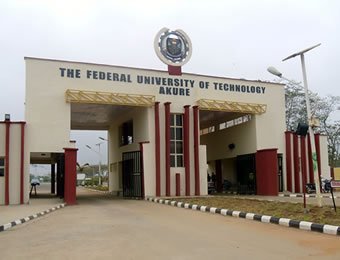 The News Agency of Nigeria (NAN) reports that the competition, organised by the Nigerian Statistical Association (NSA) had 42 final year students from 21 tertiary institutions in attendance.

The competition, which started on May 12 ended on Friday with the announcement of FUTA as the best institution with Usman Idowu and Mikail Olajide from FUTA winning a gold medal as best students.
Meanwhile, Merua Ozomela from the Micheal Okpara University of Agriculture, Umudike, Abia, emerged the overall best student, placing the three students on the gold award category.
Six students emerged second best in the silver award category, while nine students emerged third best in the bronze award category.

In his remarks, the President of NSA, Prof. Sidney Onyeagu congratulated the winners for their outstanding performances in the competition, which focused on inferential statistics.

“The competition came as a result of the collaboration between NSA and National Mathematical Centre on the promotion and training of undergraduates statisticians across various tertiary institutions in the country.
“The sole aim is to continue to rekindle the dwindling interest of students in statistics.
“Also, to build in them the idea of considering statistics as a future career prospect and improve their communication and knowledge in certain difficulty areas of statistics,’’ he said.
Onyeagu, represented by Dr Godday Ebuh, First National Vice President of NSA said the three best institutions and best students in the individual category would receive prizes at 2019 NSA conference in Lokoja, Kogi State