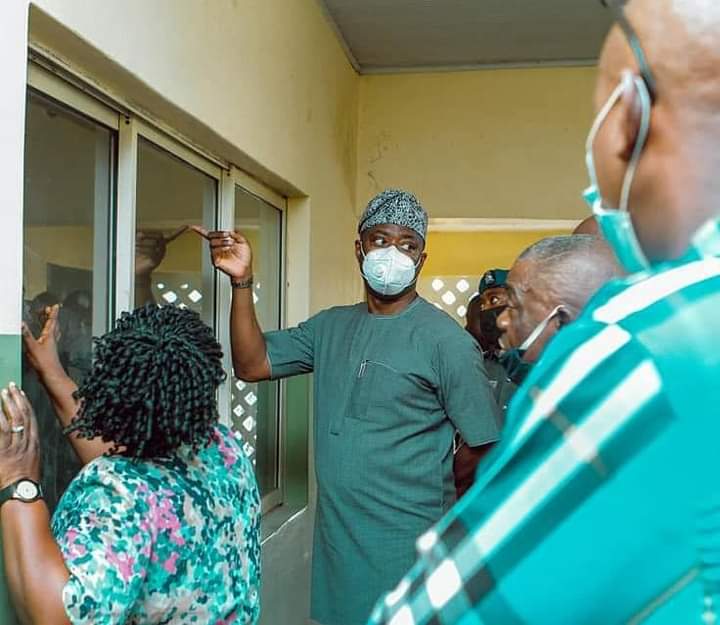 The governor, who paid an unscheduled assessment visit to physically assess the structural defects, expressed his displeasure at the malfunctional educational activities in the school.

The Chief Press Secretary to Governor, Mr. Taiwo Adisa, in a statement, explained that the governor has asked state officials to investigate the reason behind the immediate past administration’s termination of contract for the school building and the subsequent approval for its execution by direct labour at the cost of N400 million.

He added that the visit followed the reports that the building has structural challenges and that staff and students were not comfortable inside the structure completed only a year and some months ago.

While speaking after a brief tour of the building, Governor Makinde declared that his administration would not watch while the lives of teachers and students are endangered.

He noted that though the school was only commissioned a few days before the expiration of the tenure of the last administration, the building was no longer functional, with the teachers and students said to no longer feel safe inside the building.

He frowned at the structural defects noticed in the building. He stated that the walls and the tiles were already giving way just one year after completion.

The governor added that the structural integrity of the entire building was doubtful considering its present dilapidated state. 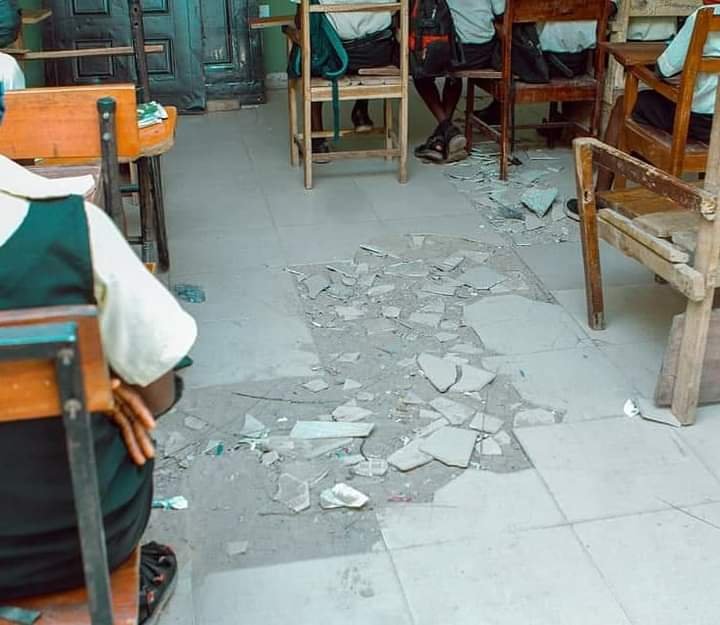 The interior part of the school

The governor said, “In the file that came to me, this place was commissioned the week that I took over, 29th of May, 2019, a year plus ago.

“You can see it out there. Even the Oba Akinbiyi they wrote (the signboard) there, is falling off. If you go inside, the tiles are broken.

“The structural integrity of the entire building is doubtful, and we have teachers and students in there. We don’t want the building to collapse on anybody. So, we came to check.

“The borehole is not working. According to the principal, they have 57 toilets in here, but the students still go to the bush to do stuff. From the report that came to me, the contract was terminated from the original contractor and over N400 Million was released by the government to complete it through direct labour.

“So, I believe they will have to make some explanations as to why, first, the contract was terminated; second, why N400 Million was spent and the tiles, the doors, everything are basically broken.”

Governor Makinde pledged to investigate the structural challenges in the building, stating that anyone found culpable would be made to face the wrath of the law.

He asked the Auditor-General and the Ministry of Works to investigate the situation further and get back to him.

“If, in one year, this whole thing is fallen into pieces, and people build their own houses and expect to live there for at least 25 years, this is obviously not acceptable to us. And we will get to the root of it,” he stated.