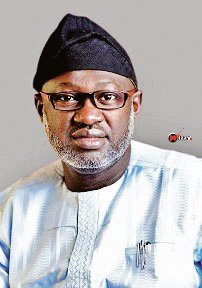 This was disclosed in a statement signed by the Secretary to the State government, Prof. Tony Ijoho on Tuesday October 13, 2020.

According to the statement three names, Iorapuu, Tarhule Vitalis, and Prof. Omudu Agbo, were submitted by the Governing Council.

Iorapuu is believed to have been politically advantaged having contested the 2019 PDP governorship primaries against Ortom.

He attended Government College and College of Education, all in Katsina-Ala, Benue State; and the University of Jos, where he studied Theatre Arts up to the PhD level.

He has served his alma mater as a member of Faculty.

A professor in the Department of Theatre and Film Arts, he was also Dean, Faculty of Arts, University of Jos.

Iorapuu has done a lot of valuable work on Theatre for Development (TfD) right from his days at the College of Education, Katsina-Ala, until his days at UNIJOS before he was on Sabbatical at BSU.

The Professor of Applied and Social Theatre also runs the Youth, Adolescent, Reflection and Action Centre (YARAC) in Jos.

The tenure of the Vice Chancellor, Prof. Msugh Kembe, ends on November 3.

In appointing the new Vice-Chancellor, academic, professional and political considerations were taken into consideration.