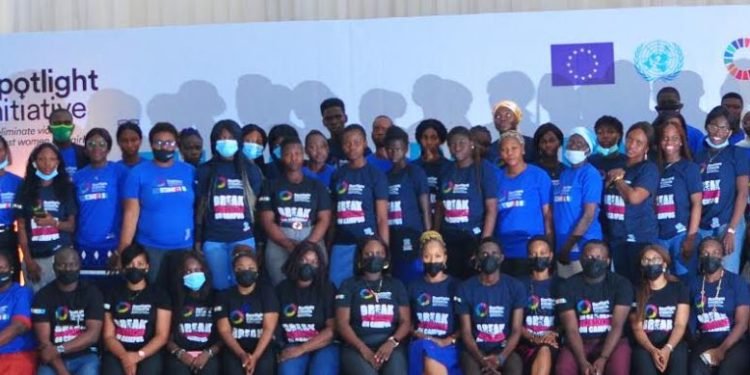 Not less than 3,000 undergraduates from 163 institutions across Nigeria have participated in a virtual training in prevention of sexual violence.

The training was organised by The Women at Risk International Foundation in partnership with the Joint EU-UN Spotlight Initiative.

The Initiative represents an unprecedented global effort to invest in gender equality and women’s empowerment as a precondition and driver for the achievement of the Sustainable Development Goals.

“We need laws and policies, both at the level of the institutions themselves and at the national level. As UN Women, along with our partner UN agencies, we remain committed to supporting the government and people of Nigeria to end sexual harassment in tertiary education institutions, and all forms of violence against women and girls”.

“Following the high and increasing rate of sexual violence and harassment in these institutions; it was necessary to implement a program such as this to break the culture of silence, offer solutions and ensure the overall reduction of these cases,” said DaSilva-Ibru.

The training ended with a symposium in Yaba, Lagos which reiterated the knowledge learnt and gave the students the opportunity to network, interact and brainstorm on the various ways to prevent gender based violence in their schools and communities.

Adegoke Olawale, a 300 level Lagos State University student stated it was good to know that there were solutions available for survivors of sexual violence and he would continue to create awareness to reduce sexual violence in his direct community.