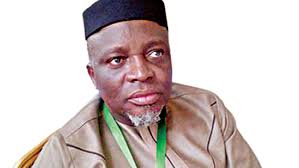 The licences of 11 centres selling the e-PIN for registration for the 2020 unified tertiary matriculation examination (UTME) have been withdrawn by the Joint Admissions and Matriculation Board.

The centres were accused of charging candidates above the amount pegged by the board for the sales of examination instruments.

JAMB had fixed the cost of e-PIN for registration for N3,500 and the cost of materials for N500 while N700 for the computer-based test (CBT) centres – totalling N4,700.

JAMB Registrar Prof. Is-haq Oloyede, who disclosed this during an interactive session with stakeholders at the headquarters of the Nigeria Security and Civil Defence Corps (NSCDC in Abuja on Tuesday 21st January, 2020 said, “The board discovered that some of the centres were selling the e-PIN for as high as N8, 000.”

He added that charging above the stipulated N4,700 for the 2020 UTME registration was illegitimate and would only destroy the nation; as it was an act of fraud and corruption.

“Many people make illegitimate money from the examination and we will be destroying the nation, if we don’t get things right,” he noted.

“We felt the banks would be overcrowded. So, we decided to expand the sale outlet, to bring in mobile money operators to cover all the registered banks.

“The effects of the expansion is that some people are still penetrating the banks, thereby increasing the cost of the sale of form,” he added.

He assured that the suspects would be arraigned in court to face charges of criminal conspiracy and extortion of money from candidates.