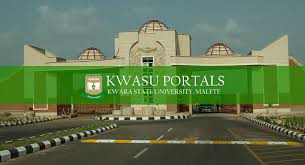 Elders from the Kwara North have rejected the appointment of the new VC of Kwara State University, (KWASU) Malete.

The elders, on Monday 6th March, 2020, expressed their displeasure about the appointment of Prof. Muhammed Akanbi as the new Vice-Chancellor of the State’s University.

In a statement issued by the elders, they condemned the insensitive action of the state government. They stressed that it violated the principles of equity, justice and fairness in a symbiotic and heterogeneous political entity like Kwara.

Edugist had reported on April 1st, that Gov. AbdulRahman AbdulRazaq approved the appointment of Akanbi in a statement issued by Hajia Sa’adat Moddibo-Kawu,the State Commissioner for Tertiary Education, Science and Technology.

Akanbi who hails from Kwara Central is the son of the late Justice Mustapha Akanbi, a former President of Court of Appeal and the pioneer Chairman of the Independent Corrupt Practices and Other Related Offences Commission (ICPC).

Elders in Kwara North led by Sen. Shaba Lafiagi, a former governor and senator in the state, and Shehu Abdulrahman faulted the appointment in a statement released by the coalition of elders from the zone.

While protesting the marginalization of indigenes from Kwara North, they said, “The entire people of the Kwara North Senatorial Zone in Nigeria and the diaspora have been much saddened by the appointment of Prof. Muhammed Mustapha Akanbi as the new Vice-Chancellor of the Kwara State University.

“The appointment is quite nauseating and very insensitive because it goes extremely against the principles of equity, justice and fairness in a symbiotic and heterogeneous political entity like our beloved Kwara State,” the statement read.

”It is very timely for us to recall here that the fact that the Kwara State University was established with the resources of all sections of Kwara State is really never in doubt.

“Indeed, it is an undeniable fact that not until recently, our five local government areas that constitute the Kwara North Senatorial Zone contributed funds through monthly deductions from our monthly statutory allocations and internally generated revenue, not only for the establishment but also for the sustenance of the university,” the statement added.

It further decried the appointment, stressing that it violated the norms and conventions in Nigeria’s socio-political engineering process of balancing the allocation of the resources and privileges derivable from common patrimony.