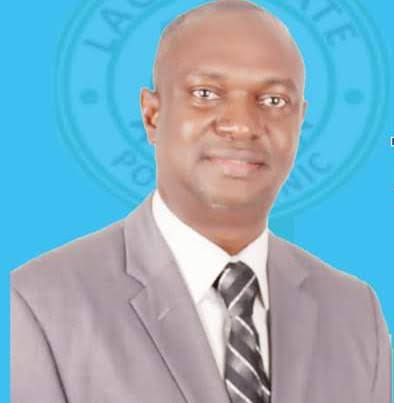 The Lagos State Polytechnic Governing Council has sworn in Dr. Oluremi Nurudeen Olaleye as the 11th Rector of the Institution at an inauguration ceremony held at the School of Agriculture Auditorium, LASPOTECH, Ikorodu.

Speaking at the swearing-in on Wednesday December 2, 2020, the Chairman of the Governing Council of the Institution, Prof. Rasheed Ojikutu, stated that the newly appointed Rector will not depart from the institution’s mantra, which focuses on “Fairness and Justice to all”.

He disclosed that LASPOTECH had, over the years, deviated from its set of goals of promoting scholarship and leadership in technology to the community where chaos, rancour and avoidable crises prevailed.

Prof. Ojikutu, however, gave an assurance that the leadership of Dr. Olaleye will bring comfort, peace and posterity to the institution through collective decision and support of the Management and Council Members.

In his response, Dr. Olaleye expressed his appreciation to Governor Babajide Sanwo-Olu and the Governing Council of the Institution, led by Prof. Rasheed Ojikutu, in ensuring that merit was the major criterion in choosing him as the 11th Rector of the great institution.

He stressed that justice, equity and fairness will be the hallmark of his engagement with all stakeholders during his tenure.

“Today marks the beginning of a new era in our institution and the journey to change the narratives has just begun. Meanwhile, the countdown of 1,825 days (five years) of my administration starts today. I intend to prioritise staff welfare, academic excellence, employability and entrepreneurial skills for our students,” Olaleye said.

The new Rector promised to establish and maintain a sustainable relationship with world investors in a bid to encourage staff and students with innovative ideas to participate in trade fairs in order to showcase their inventions, creative abilities and skills.

The Deputy Rector, Academics, LASPOTECH, thanked Governor Babajide Sanwo-Olu and the Special Adviser to the Governor on Education, Mr. Tokunbo Wahab, for the opportunity to serve the institution in an acting capacity for the period of six months.

He pledged his total support to the new Rector, Dr. Oluremi Olaleye in order to ensure that he succeeds in his onerous task of leading the institution to greater heights.