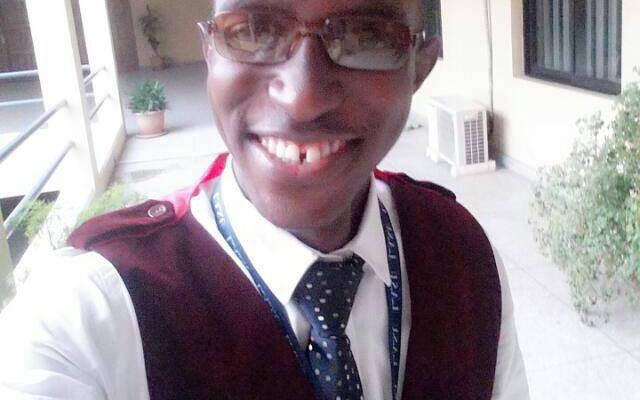 A Lagos State University (LASU) student, Pelumi Olugbenga has emerged as one of the five(5) newly selected Hesselbein International Scholars from Africa. The five will participate in the 2017 Hesselbein Global Leadership Summit at the prestigious Hesselbein Global Academy for Student Leadership and Civic Engagement, University of Pittsburgh, Pennsylvania, United States of America in July, 2017.

These outstanding and phenomenal student leaders will participate in interactive workshops, receive mentorship from government and business leaders, and take part in hands-on problem solving sessions.

Pelumi who is popularly known as the Ambode of LASU on the social media is a 300-level student in the History and International Studies department at LASU.

Pelumi’s successful selection was by no means an easy feat. Out of several applications from accomplished university students across the globe, he is one of the fifty (50) student leaders eventually selected across six(6) continents of the world as the new set of Hesselbein International Scholars.

The globally competitive selection process demands interested student leaders across the world to submit requirements such as a well crafted current curriculum vitae (C.V), personal essays on challenges and achievements as a student leader, individual thoughts on leadership approaches and policies that will facilitate a drastic change in the world, innovative ideas on global development issues, community service amongst other stringent requirements.

Pelumi’s Hesselbein scholarship covers his tuition, feeding, accommodation, transportation and other expenses in the Academy. Upon his completion of the Leadership Summit, he will be conferred with a prestigious Fellowship of Hesselbein Global Academy for Student Leadership and Civic Engagement, University of Pittsburgh, Pennsylvania, United States.

Recall that Pelumi Olugbenga was the Student Representative at the GNS Review Committee in the previous academic session at LASU.

Reacting to development, the Vice Chancellor of LASU, Professor Olanrewaju Adigun Fagbohun on behalf of the University Community congratulated Pelumi Olugbenga on his new success and wished him a safe trip to the United States. He equally implored him not to rest on his oars.

The Vice Chancellor also urged other students to take a cue from the world class feat of Pelumi Olugbenga by blazing the frontiers of excellence in all their endeavors.