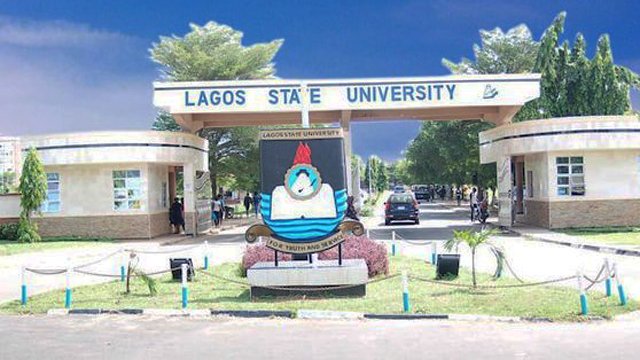 Lagos State University, LASU, students have rejected the reduction approved by Governor Babajide Sanwo-Olu on their tuition fee, clamoring for a full reversal to the old rate.

Edugist reported about the Governor’s intervention to the increased fee, where he approved the reduction of the fee from N67, 000 to N57, 000 per session payable by new intakes from 2020/21 session.

The students, on the other hand through a statement on Saturday night by the Public Relations Officer of the Student Union Government, Adams Zaenab Olawumi, refused the governor’s intervention and clamoured for a full a reversal to the old rate of N25,000.

The statement read, “The leadership of the Lagos State University Students’ Union Government (LASU-SUG) extends Aluta Greetings to all students, comrades and stakeholders.

“Following the reduction in the increased school fees, the Union would like to use this medium to appreciate the University Management and Lagos State Government for the swift and considerate response our agitation has received. Undoubtedly, education is the bedrock of any developed society remains core for a better Lagos!

“In line with the news of reduction of the increased school fees circulating the media, the Union would like to reiterate that our stance remains TOTAL REVERSAL of the school fees. The Union would continue to negotiate with the University Management and State Government for a downward review of the reduced school fees to the initial amount of #25,300 (twenty-five thousand, three hundred naira only).

“Verily, the Lagos State University Students’ Union, is a progressive Union, admires the tranquillity and serenity enjoyed so far on campus and enjoins the State Government and all stakeholders to react swiftly to our appeal for a collective good.

It should be noted that the tuition was hiked to N67,000 from N25,000 late last year. But stalites were exempted from paying such. They were granted the privilege of paying N25,000 throughout the remaining period of their courses.

However, the stalites, who are union leaders, rejected the offer and it was their stance that led to the concession granted by the governor earlier on Saturday.