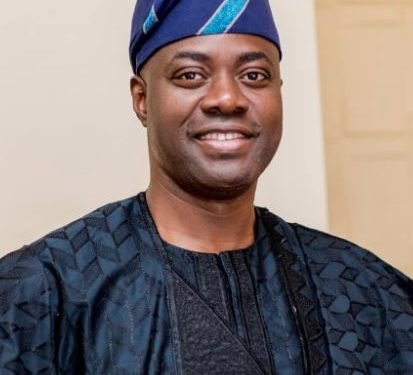 Governor Seyi Makinde of Oyo state has promised to release the sum of N500 million to the management of Ladoke Akintola University of Technology (LAUTECH), Ogbomosho to settle part of the outstanding salaries owned the staff of the institution.

Makinde made the disclosure during a meeting with the stakeholders of the institution on Tuesday 26th November, 2019.

At the meeting were the management staff, students, staff unions amongst others with the purpose of discussing the various challenges facing the institution and slowing down its pace of progress.

In his remarks at the meeting, Governor Makinde reiterated his administration’s commitment to funding the entire educational sector, including state owned tertiary institutions in order to restore the pace setting status of state in all ramifications.

He however added that the issue of ownership crisis affecting the institution would be jointly addressed by both the Oyo and Osun state government.

He stressed that both Osun and Oyo states government are partners in progress toward taking the institution to a greater heights.

He also informed the stakeholders of plans to inaugurate a committee to advance the way forward for the institution on Wednesday today.

Speaking earlier, the Vice Chancellor of the institution, Professor Michael Ologunde, said the two owners states of Oyo and Osun are indebted to the institution a sum of monies which currently stands at over N6 billion.

Representatives of staff unions and other stakeholders who spoke at the forum agitated for sole ownership, steady academic calendar, the offset of outstanding salaries and warned against any attempt to privatize the institution.