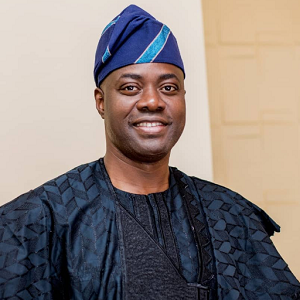 Governor Seyi Makinde of Oyo State, Thursday, expressed his readiness to officially write the National Universities Commission (NUC), for the conversion of the state-owned Ladoke Akintola University of Technology (LAUTECH), from a university of technology to a conventional university.

Makinde was optimistic when he received report of the negotiation committee on LAUTECH, held at the Executive Council Chambers of the Governor’s Office, Secretariat, Ibadan.

He noted that the plan became necessary in order to put the institution on the path of a world-class university.

According to him, “So it is now time to move forward with our plans. We would apply to the National Universities Commission to convert from a University of Technology to a conventional university. So that courses such as Law can be taught at the institution. We would appoint the Governing Council for the courses, to reflect the new ownership. And this governing council would birth new management within the next couple of weeks.”

“Well, we were not insisting on parting ways because we do not love our brothers and sisters in Osun State, No. As I have said on several occasions, this severance of relationship is not going to negatively impact the students and staff from Osun State, but it had to be done for the sake of easier administration and to move LAUTECH as an institution towards our goal of a world-class university.”

“In fairness to all, this was the only solution. So, let me once again use this opportunity to thank my Brother, the Executive Governor of Osun State, His Excellency, Governor Gboyega Oyetola, for putting aside all differences especially partisan politics all through these negotiations. We appreciate the applied wisdom in taking a stand for what is best for the students and staff of LAUTECH.”

“Today, I am happy to officially receive the report. I see you have returned as brave warriors having fulfilled your mandate. I remember that on that day of the inauguration, Professor Ayodeji Omole, who serves as the committee’s Chairman promised that they would discharge their duties with integrity and courage and I must say kudos because the committee has done exactly that. So, on behalf of myself, the Oyo State’s Executive Council, the staff and students of LAUTECH, the people of Ogbomoso in particular and the good people of Oyo state as a whole, we say thank you for a job well done. Thank you for getting the job done.”

“Let me use this opportunity to remind us all one more time that the safety and security of Oyo state is everybody’s business. We must not allow any individuals or groups to disrupt the economic gains that we have made so far,” the governor added.

While presenting his report to the governor, the chairman of the committee, Prof. Ayodeji Omole said the committee was swift to comprehend that its mission was to salvage the university from total collapse so as to realise Makinde’s vision of the institution as “a university of technology that people from Africa and indeed the world aspire to attend.

He reiterated that the process of negotiating sole ownership of LAUTECH was engaging, energy-sapping, time and money consuming, and interesting. Prof. added that there were assets valuation and forensic audit of the university to prepare for the negotiation.

“The Forensic Audit Report was a revelation. It uncovered a lot that cannot be put aside nor put away. The Committee had Pre-Negotiation retreats to prepare and strategize for the real Negotiation for the sole-ownership of the University by Oyo State.”

“The real Negotiation Retreat was convened by the NUC in Lagos from Sunday, 8 to Thursday, 12 November 2020. It was tough, thorough, and tension soaked, but in the spirit of brotherliness, “Omoluabi” and of our common historic Yoruba extraction, the Negotiation was conducted without losing focus and with candor.” he said.