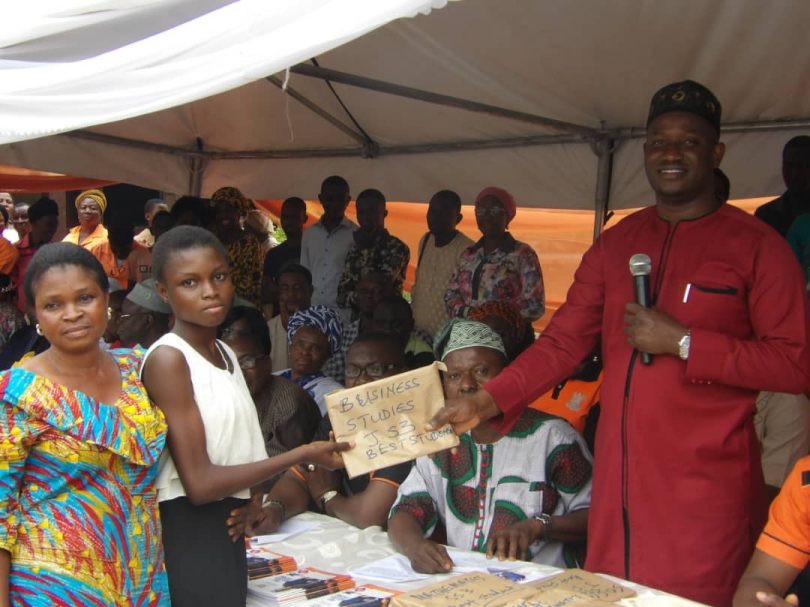 The four-week holiday coaching organised by the Chairman of Odi-Olowo/Ojuwoye LCDA at Estate Senior Grammar School, Oshodi Lagos for students across the LCDA from JSS 1 to SSS 3 ended on Thursday 29th August, 2019.

Addressing students and staff at the end-of-coaching and award-giving ceremony organised at the centre, Hon Ajala, congratulated everyone at the event on the success of the coaching. 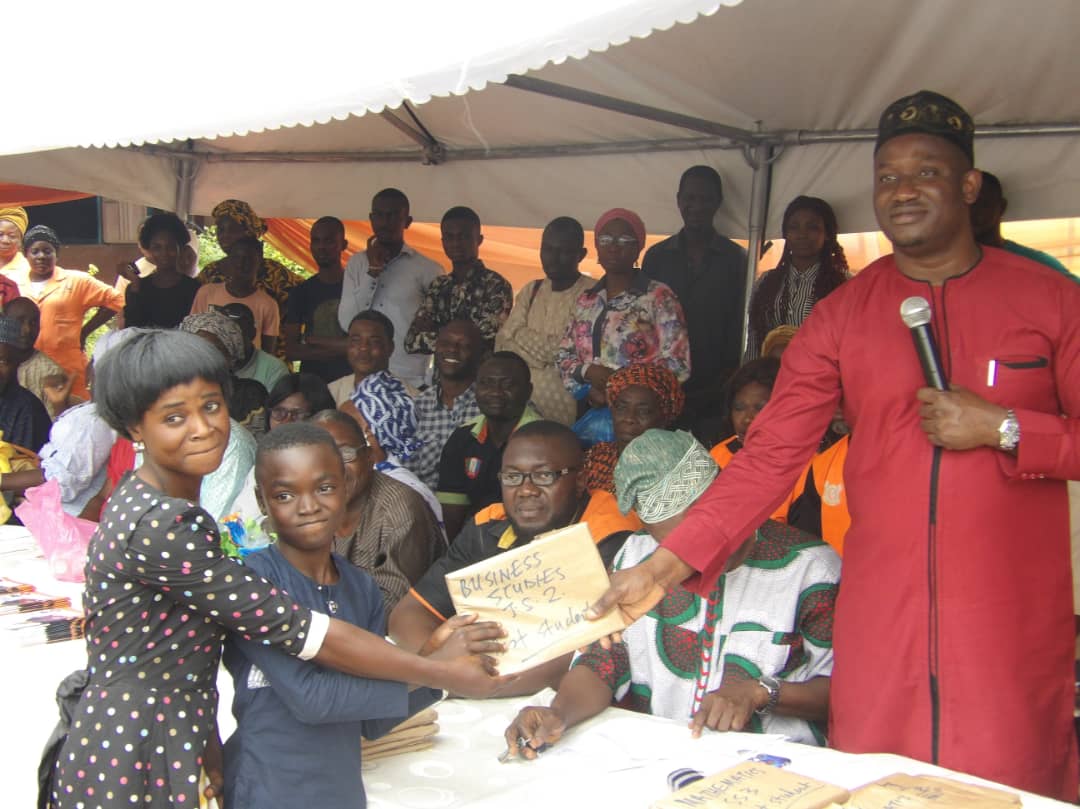 Hon Ajala presents a gift to a beneficiary

He said: “The essence of this gathering is to motivate the students who have dedicated their time and energy to participate in the programme and also to encourage those who performed excellently well by rewarding them accordingly.”

“The holiday coaching aimed at keeping children away from the streets and engage them in something beneficial to them,” he added. 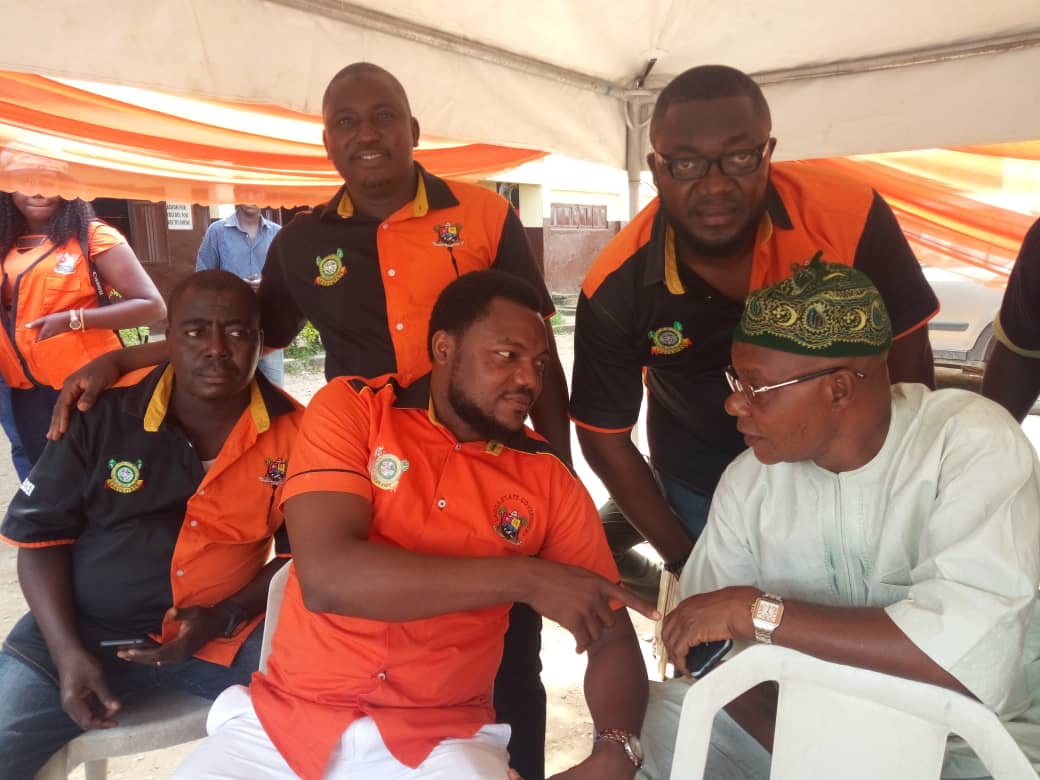 The Vice Chairman, Hon Seyi Jakande and Secretary to the LCDA, Hon Mujeeb Daramola at the event

Talking about the significance of the event, he said: “We are sending a message to the parents and the students that the four-week programme has come to an end. We also prepare the students’ minds that normal school activities resume soon and to recognise and reward those who performed well.

He said education was given priority because it is the best legacy any parent can give to his/her children. 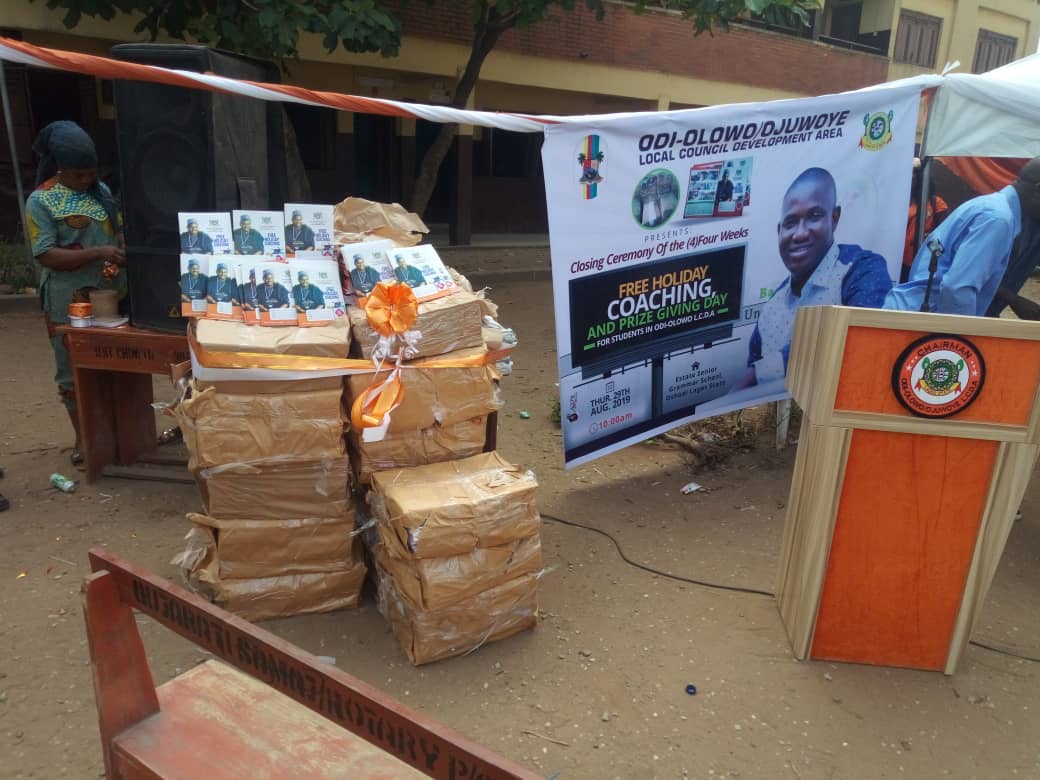 Some of the items distributed

“The best selling commodity today is ideas, hence; the need for quality education. There is need to direct the energies of the youth to something meaningful rather than vices that will make them destructive to their communities,” he explained.

He said the story about the local government which relegates Mushin and brands the place as the headquarters of hooliganism needed to be corrected because Mushin has produced great individuals who have excelled in their various fields of endeavours.

While responding to questions from journalists after the event, the head of education department at the council, Mrs Adetimehin, said the programme was initiated by the Chairman of the council to prepare the students for the next academic session as most of the things learnt would put them in the best positions to tackle any challenges in their various school subjects.

The highlight of the event was the presentation of meritorious awards to students who performed exceptionally during the four-week coaching.

Awards were also given to supporting staff that distinguished themselves throughout the programme.

Some of the students who spoke to our correspondent praised and prayed for the Chairman, Hon Ajala, and his team for the laudable initiative.

Among the dignitaries at the event were the Vice Chairman of the council, Hon Seyi Jakande, the Secretary to the LCDA, Hon Mujeeb Ayinde Daramola, Leader of the Legislative arms of government in the LCDA, Hon Rilwan Ajenifuja and all the councillors and Supervisors from the LCDA. 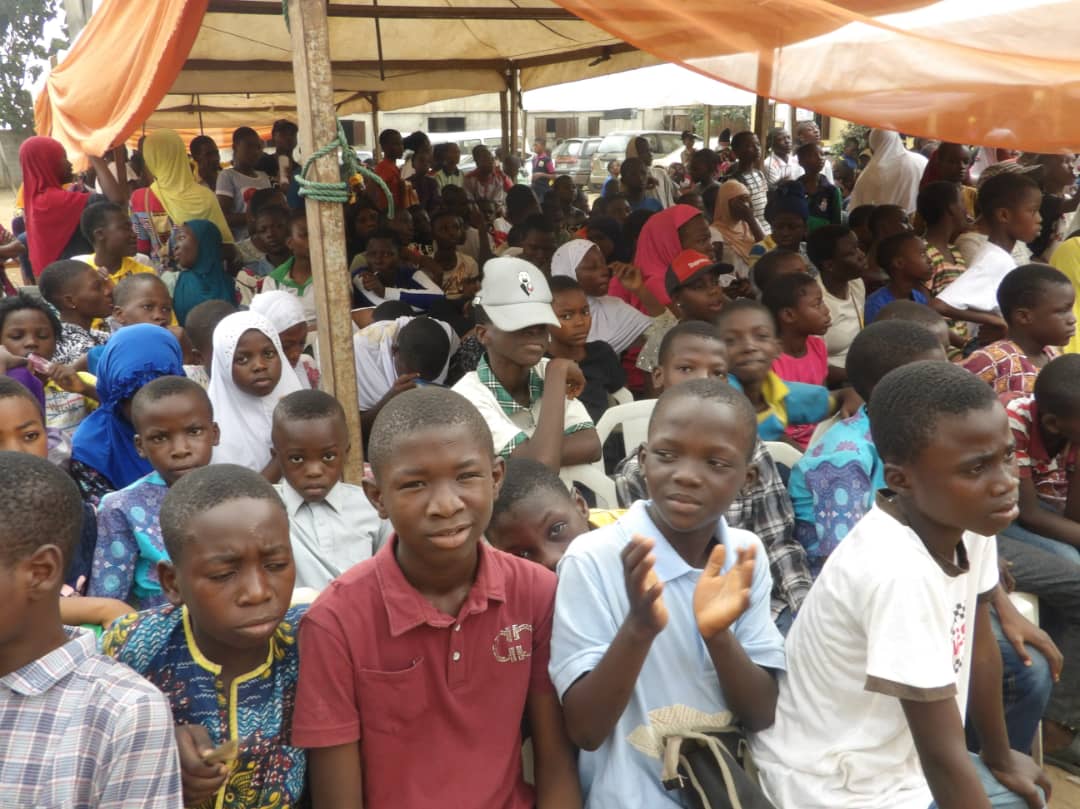 Students at the event