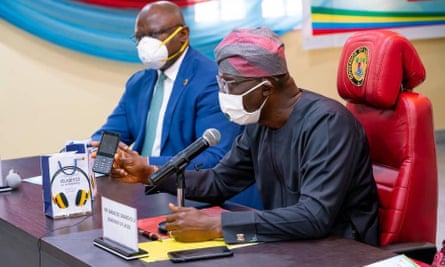 While disclosing this on Wednesday June 24, 2020, the state’s Commissioner for Education, Mrs Folasade Adefisayo, stated that the state government is planning to roll out a scheme to 300,000 children in the coming weeks.

According to the commissioner, the coronavirus pandemic will present challenges to full school reopenings for at least a year.

She noted that Lagos education ministry is working to make public education provision less reliant on the classroom.

“It’s quite clear we are not going to go back to how things were,” said Mrs Adefisayo.

“We will have to manage this virus for a while, and we’ve found e-learning to be efficient and interesting.

“The children love the app, and so far we see it as being a part of how they can learn going forward,” she added.

“Before now we haven’t invested sufficiently in education technology but this has forced us,” Adefisayo noted.

“When we open schools, we’re imagining a reality where we only open them for a certain number of days a week because of social distancing,” she concluded.

While stating the challenges facing the students since the beginning of the pandemic, the commissioner confirmed that thousands of free radio devices will be distributed to students from next week.

“There has to be interaction between students and teachers because we learn that way, but we also think that we can compliment schools and limit their boundaries. There are different ways that learning can evolve,” he said.