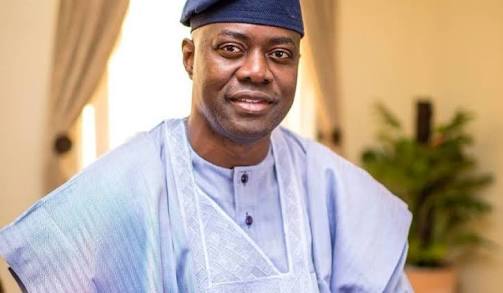 Following the recruitment process by the Oyo state Post-Primary Schools Teaching Service Commission at Agodi, Ibadan, on Tuesday 11th February, 2020, not less than 5,000 jobseekers have applied for the recruitment.

Edugist gathered that some of the applicants, who were non residents in the state got stranded and could not get the form due to the large crowd.

It was discovered that such mass recruitment of teachers in the state last happened during the Abiola Ajimobi administration, six years ago.

After the commissioner had initially stated that forms would be sold for N1,000 each, Governor Seyi Makinde directed that it should be given free of charge.

Hence, the applicants, who were once instructed by an official of TESCOM to pay N1,000 each for the form, were excited when informed that they would get it for free.

“Governor Makinde has directed that the form be given to all applicants for free.

“We have received approval from the governor to recruit 7,000 teachers, 2,000 non-teaching staff. And 1,600 night guards for all secondary schools in Oyo State.

“The governor gave approval for the recruitment of night guards. To check theft in our schools and protect the teachers and students.

“Makinde said he wouldn’t want people coming from Saki, Kishi, Oyo, Ogbomoso, or other distant areas to pay N1,000 to banks in Ibadan. Then wait for confirmation from the Accountant General, before taking the form from us.”

Alamu however noted that there would be a computer-based test to prune the number.

He stressed that only those qualified will be invited for interview after the examination.

Reacting to questions on whether the local government identification was meant to exclude non-indigenes from the recruitment. He said

“We have a system, which we put in place, whereby you will come with your local government identity card. This will serve as a control. We don’t discriminate in Oyo State. If you are not an indigene, you can obtain the form. But we must have the identity of every applicant taking the form.”