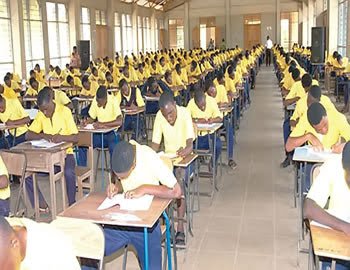 As schools prepare to resume on Monday, September 9, 2019, for the 2019/2020 academic session, parents have called on the ministries of education to regulate sales and distributions of textbooks in all schools.

Considering the country’s economic situation, they urged the government to authorise the reuse of old textbooks in all schools across the country and sanction any private school that defaults.

The concerned parents made a reference to the period when older siblings or relatives passed down their textbooks to younger ones without their parents buying new text every new academic session.

But the contemporary school system has tampered with the old system as most schools insist on newer edition of a particular book, and also have a preferred author.

Some of the parents who expressed their concerns on the prevailing challenge noted that it is really disheartening to have heaps of old textbooks at home without schools accepting them on the ground that they have newer version or different authors.

The textbooks I used from my primary to secondary school days were marked with different coloured inks, wrapped with old newspaper and some with brown sheets with my elder brother’s name boldly written on it. Almost all my textbooks except workbooks were passed to me by my elder brother and it was acceptable in my school. But that is no longer the case in the present-day schools. The government and ministries of education must find a way of bringing harmony in the use of textbooks in the system.

“I bought New General Mathematics Book 2 by J.B Chanon and others N1, 600; Goodbye to Failure in English (new edition), N1, 500; Civic education by Oluwasola Oyewole, N900; and catering craft by Aminu Barki, N1200. The list is a long one, with specifics on the edition and the author, but these are the few I can afford for now. This is aside from the stationery and other school items,” another parent added.

A parent also said, “Spending this huge sum to buy only four textbooks is not really the challenge. But the fact that my younger children will not be able to use the textbooks in the future. It is either the author has changed or the school has switched to a new publisher, or there is the latest edition with six pages of workbook inserted in the newer edition. If your child doesn’t have the latest version of the book, he or she will not participate in that exercise. This has been the trend over the years.”

Another parent lamented that, “The attitude of some of these school owners when it comes to buying and selling of textbooks indicates that they have a pact with these publishers. The interest is in what they will gain financially, not even the knowledge the pupils will garner. They are so insensitive to the economic instability of parents.”

Suggesting ways the intervention could come, a parent said ministries of education in the country should be the only body approving the use of textbooks in all schools across the country.

“Introduction of the new versions of textbooks or new author should be adequately reviewed and thoroughly coordinated in such a way that parents will gladly embrace the change.”

The periodic insertion of workbooks inside textbooks should cease. If this is properly looked into, it will do away with expenditure on school textbooks, cushion the effect of hardship on parents, restore orderliness in use of textbooks in schools, and encourage pupils and students to learn how to preserve their textbooks.”

The parents alleged that schools are taking undue advantage of parents and pupils are the ones suffering for it, as most parents do not even care.