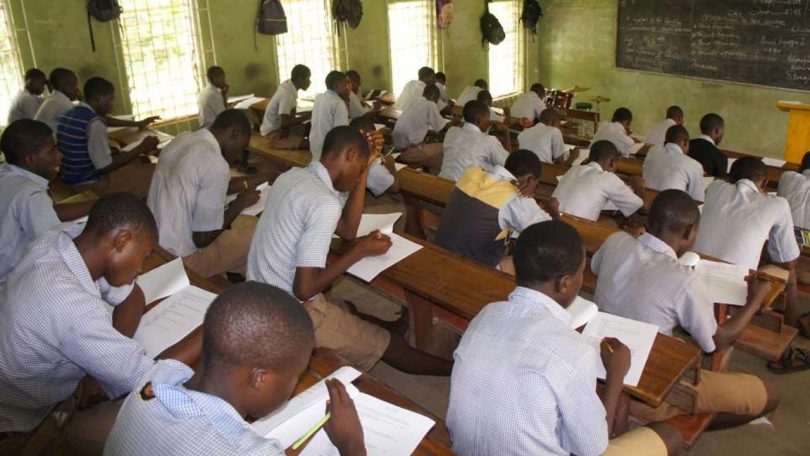 By Akeem Alao
In the 90s, during my days at Lagelu Grammar School, Agugu Ibadan, my father’s presence in that school was only twice. No event can delete that memory of the situations that warranted his visiting the school. First, he was there, not because of Open Day, but to appeal to the school authorities to pardon him for the evasion of his fatherly responsibility; he tarried the payment of the meager school fee. Next, he was there to find out the reason for my repeating Jss3 class despite the fact that he struggled and managed to offset his debt. Mother never showed up in the school. Whenever there was time for PTA, we did have a one-day foster parents that signed for us. Without parental interference in our academic activities, we coped successfully with the situation. Parents who could afford after-school lessons arranged them for their children. But some of us parented orphans engaged in self-help reading. Many of my contemporaries had similar experiences, because private schools were scantily few then. How many of today’s scholars had the opportunity to attend a private school?
Students of those days had no temerity to report whatever punishment meted out to them at school. Where an occasion called for reportage, parents dared not step into the school premises to satisfy their vengeful curiosity. Those were the halcyon days when teachers used to be celebrated. I was brought up this way. Despite the canning sessions at school, at least, to some extent, I live a meaningful life.
Today, the converse is the case. Students are neither punishable nor beatable.
Let me cite a case of a parent’s misbehaviour witnessed at a friend’s school. So that when students misbehave at school, they are innocently acting the scripts written by their parents and surreptitiously directed by the school authorities.
The morning assembly was going on as usual. One of the school prefects shouldered the morning talk while the staff watched with keen interest and amusement. It was time for the school head to make some special announcements, but a voice heralded danger. “Who is that bastard that hit you yesterday?” a stentorian, confrontational voice pierced the serenity of the school. The woman, a parent in that school, together with her son and two miscreants in the neighborhood, breezed into the school premises to give the teacher memorable beating. The entire school was enveloped in a deafening silence. No teacher could utter a word. “Madam, take it easy. What’s the matter?” The school head placated the irascible parent. The students who were already celebrating the obloquy were ordered to their various classrooms. The whole school became rowdy as students were suggesting the befitting punishment for the teacher. “This is even small. If I were the one, what I would I do eh, would surpass this one,” a student voiced. Teachers were helpless; they could not control the erring students who were leveraging the situation to dare their teachers. “At least we pay school fees; we have the right to do whatever we like,” another student dared the teachers standing close to the class. The offending teacher had already hidden in one of the offices. “I want to meet the teacher one-to-one,” the woman insisted. She and her son were fumigating the whole school with their annoyance and irritation. The victim’s classmates were hailing. The woman later left with the two miscreants but was pacified to allow the boy stay in school. Akin (not the real named) walked elegantly as the shout of “akins ko! akins ko! akins ko!” convulsed the school building.
An emergency meeting was held. The school head announced to the teachers that if a child left the school, it would be difficult to find a replacement. Hence, the primary assignment given to teachers is to teach. “No teacher should beat again for whatsoever reason in this school,” he sounded a note of warning. “There are millions of teachers out there,” he added. The teachers had no objection but to comply strictly. This is the situation at my friend’s school.
Interview teachers on the street, they have series of stories to tell you about the way their students and the parents are being deified. Teachers are often subjected to ridicule and harassment. Can students who witnessed that scene see any offence in ridiculing their teachers? To the children, they are deities while teachers are worshippers. Students, irrespective of their age and class, are becoming arrogant because they enjoy their parents’ true-blue support. Teachers have become nothing but pencil in the hand of the parents and students.
Akeem Alao teaches English Studies @ Kith and Kin Educational Schools, Ikorodu Lagos.