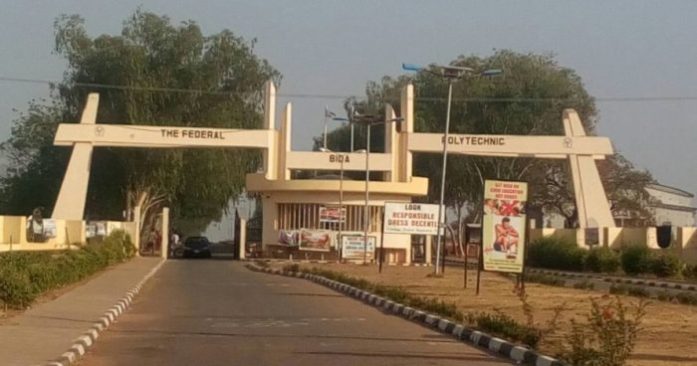 The Senior Staff Association of Nigeria Polytechnics (SSANIP) has issued a seven-day ultimatum to the management of the Federal Polytechnic Bida to meet with their demands.

The strike notice was signed by the Chairman of the Union, Ruth Bawa and its Secretary, Salihu Mohammed Almustapha, after its congress where the decision was taken.

“The Ultimatum is apparently in sympathy with the Academic Staff Union of Polytechnics that has been on strike since November last year,” the notice read.

According to the Union, the ultimatum is being given following an order to proceed by the national leadership of the association as they stated that it is in line with the SSANIP constitution.

The Academic Staff Union of Polytechnics (ASUP) had demanded the payment of lingering shortfall in salaries of members, non-payment of allowances, the reversal of the secret recruitment of 141 staff without following due process as well as the withdrawal of queries issued to some of its members before they will call off their strike.