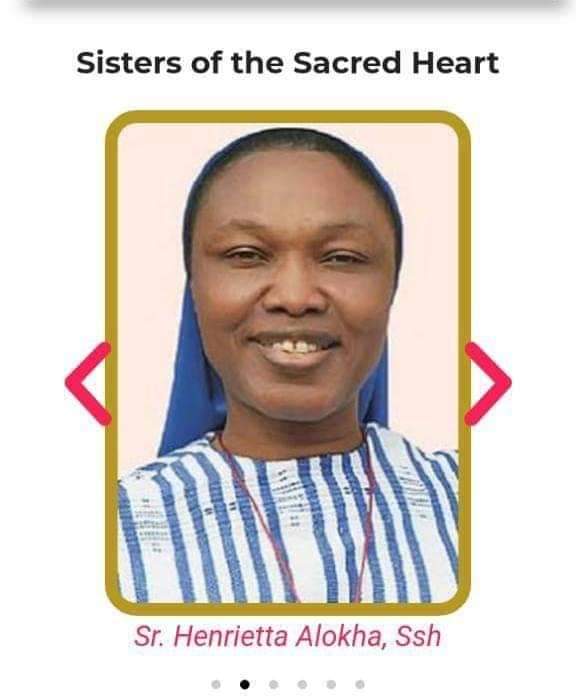 Following the aftermath of the explosion that rocked the Abule-Ado environs of Lagos State today, Rev. Sr. Henrietta Alokha has been confirmed dead.

She had tried saving the children under her care, and went back to save more before the roof caved in on her.

Most of the students have been accounted for, with minor cuts and injuries, while those with severe injuries are currently at the Nigerian Navy Reference Hospital, Ojo.

According to Catholic Africa, Rev. Sr Henrietta Alokha, who until her death today, was the principal of Bethlehem High School, Abule Ado.

She involved in a petrol pipeline explosion this morning in Abule Odo, Amuwo Odofin local government area of Lagos State.

“The roof of our building was off and a nearby school was on fire,” eye witness said.

“The Principal was able to rescue all the students until she succumbed to the fire,” another witness said.