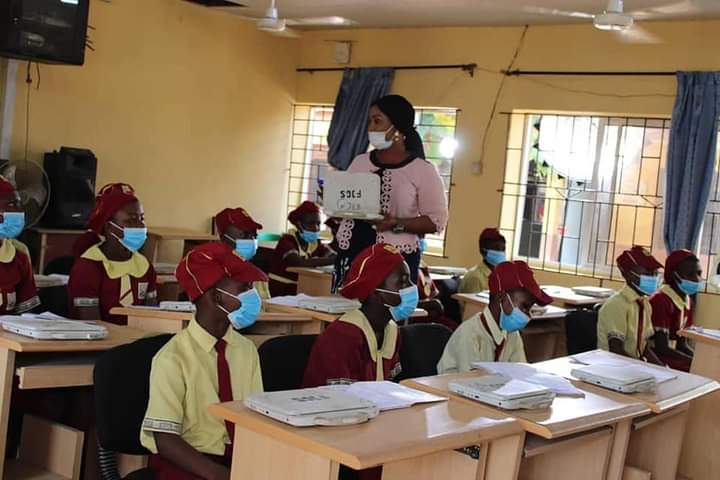 School Principals in Lagos State public schools have commended the Governor Babajide Sanwo-Olu-led administration for the renovation of schools across the state.

The school heads were impressed by the quality and standard of work done by the state government on the 60 rehabilitated schools.

Mrs. Adesanmi stated that the renovation is aimed at providing a conducive environment to learning.

She lauded the governor for changing the face of the school with the transformation of infrastructure such as classrooms, laboratories, library and lavatories.

According to the Principal, this is the first time in several years that total upgrade and renovation work is done in the school, including the repair of lights, ceiling fans, windows and a library.

Adesanmi maintained that the renovation done by the government, through LASIAMA, has improved the zeal of teachers and students to teach and learn.

“I recall that the Commissioner for Education, Mrs. Folashade Adefisayo and the LASIAMA team sometimes ago came for an on-the-spot assessment of this school.

“And what we had on-ground as at that time was a dilapidated block of classrooms without basic facilities. But surprisingly, the next thing we saw were contractors coming around to start work in the school and what we now have is this modern school building,” the Principal narrated.

Similarly, the Principal of Ijaiye-Housing Estate Senior Grammar School, Mr. Oladipupo Oyetunde, said the school was in a dilapidated condition before the intervention of LASIAMA.

He disclosed that the school’s toilets were not in good condition, in such a way that wiring and furniture works were in a state of disrepair, thereby making teaching and learning difficult for both teachers and students. 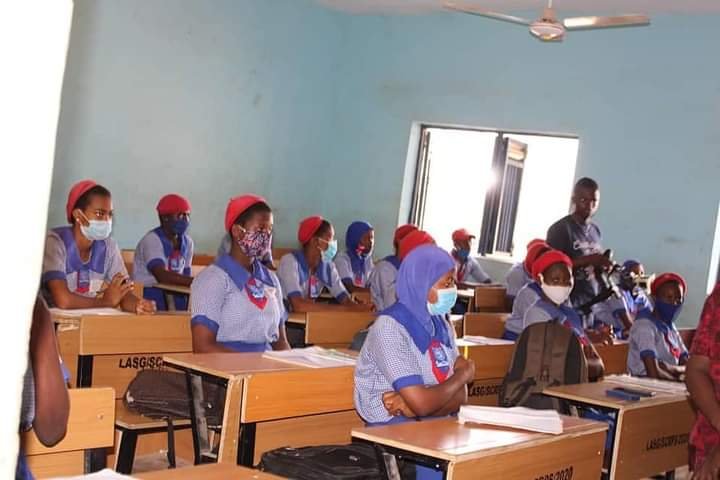 One of the schools renovated in the state

Oyetunde expressed happiness over the turn around of the school, adding that with the renovation, the students now enjoy their lessons under well-lit classrooms equipped with fans and modern windows.

The Principal conveyed the heartfelt gratitude of both the teachers and students of the school to the State Governor, Mr. Babajide Sanwo-Olu for the fantastic infrastructure now in place in the school.

The renovation included replacement of leaking roofs, dilapidated windows and doors, toilet facilities and painting of the faded walls.

Recall that Lagos State Infrastructure Asset Management Agency (LASIAMA), has since completed major and minor rehabilitation of a total of 60 Junior and Senior Secondary Schools across the State, thus creating about 1,629 direct and indirect jobs within the various host communities.