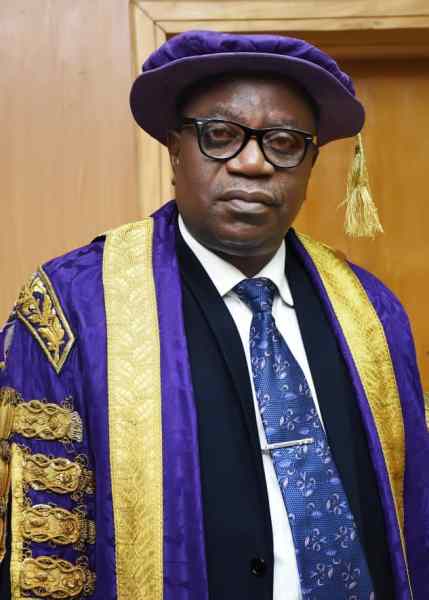 This is according to the powers conferred on the Governor as the Visitor to the University.

The extension is effective from January 7, 2021 and will last for another six months, during which the necessary machinery would have been put in motion for the appointment of a Vice Chancellor. Thus, Akeredolu wished the Acting Vice Chancellor the best in his assignment

Professor Ige in another statement by the Principal Assistant Registrar, Victor Akinpelumi commended the governor for the opportunity and the confidence bestowed upon him to administer AAUA in the last one year. He promised to take the institution to greater heights and make it globally competitive.

He joined the services of the then Ondo State University, Ado Ekiti, as a Graduate Assistant in December 1990. There, he rose steadily through the ranks to become a Professor in October 2011.

As a distinguished Professor of Palynology and Palaeoecology, Prof Ige holds a Bachelor of Science (Hons.) degree in Botany from the University of Benin in 1984.

He proceeded to the Nigeria’s Premier University, the University of Ibadan, where he bagged a Master of Science degree in Botany in the year 1993 and a Doctor of Philosophy (Ph.D.) in Botany with specialisation in Palynology & Palaeoecology in 2004. As a teacher and researcher, Professor Ige has taught in various institutions in Nigeria.

According to Akinpelumi, the Acting Vice Chancellor is a widely travelled researcher; has attended several conferences and workshop within and outside the country notably in United Kingdom, Singapore, Egypt, Ghana, Kenya, India, Republic of Benin among others.

He hails from ItaOgbolu, in Akure North Local Government Area of Ondo State. Prof. Ige is married with children and an amiable wife.