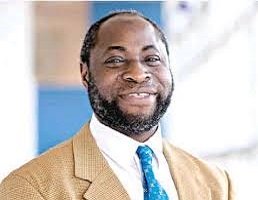 The Pro-Chancellor and Dean of the College of Business, Law and Social Sciences, University of Derby, United Kingdom, Prof Kamil Omoteso, has disclosed a major reason why many first class graduates can’t secure jobs.

Speaking at the First Class Muslim Graduates’ Summit, organised by the First Class Muslim Foundation (FCMF) at the University of Lagos, Akoka, Prof Omoteso, said many first class graduates were not equipped with tools to make them succeed after graduation. He stressed that most of them lack entrepreneurship skills.

Also speaking at the event, Lead Consultant at Habiba Balogun Consulting (HBC), Habibah Balogun, noted that emotional intelligence would make many graduates succeed at work and not just their grades.

“What would help them succeed is the skills which come under the umbrella of Emotional Intelligence,” she said.

She defined emotional intelligence as the ability to know oneself; ability to control emotions; ability to have good relationship with others; show empathy and be self-motivated.