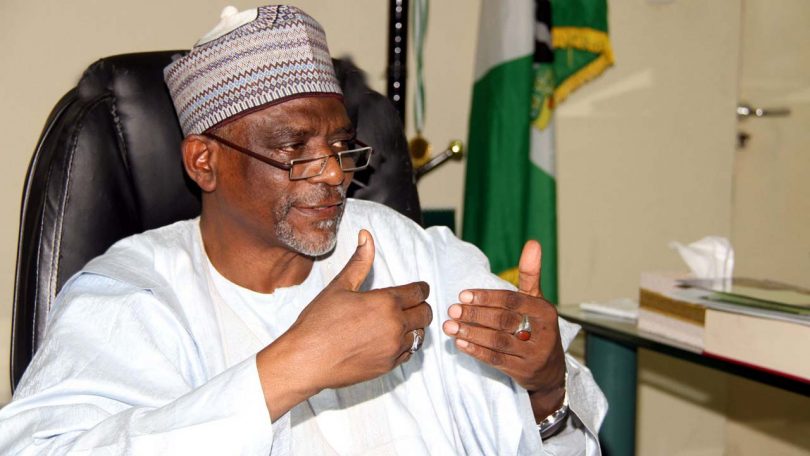 With the launch of the Business of Education in Africa report, which projected that $18b investment opportunity lies in the private sector within the next five years, Ujunwa Atueyi writes on how government at all levels as well as education managers in the country could be properly positioned for the forth coming prospects. Read!

The penetration of private players into the Nigerian education scene and sub-Saharan Africa at large has no doubt proven to be a worthwhile venture, ranging from its economic and social dividends to widening of access.

A new report, tagged “The Business of Education in Africa,” funded by a consortium of donors including the United States Agency for International Development (USAID) and Department for International Development (DFID), is a further proof that private sector involvement in the business of education has done the continent much good.The report, which was first launched at World Economic Forum – Africa in May, was presented in Nigeria last Thursday, at a stakeholders’ forum in Lagos. The study examined the current state of private education in Africa; the policy imperatives to achieve the potential of private education; and investment opportunity for investors.Presenting the findings at the forum, Partner, Caerus Capital, David Ferreira, highlighted the need for African government to through creation of ideal policies engage the private sector for optimum performance and maximum results, since report has revealed heavy involvement of the private players in the business of education.

Exploring the opportunity in the nation’s education scene, the report showed that “Nigeria is among the largest economies in Africa, though growth is forecast too slow due to dependence on international oil and commodity prices. It also shows that the country is expected to become the third most populous country in the world by 2050, but faces high level regional and gender disparity as well as high unemployment rates.

“Nigeria’s school-age population is forecast to grow at 2.5 per cent annually to 84 million by 2021, and the country is home to 11.4 million out-of-school children. Although the education market presents a significant demand-side opportunity going forward, political and economic stability, combined with infrastructural development, are essential to unlocking growth potential.”

It further revealed that education would play an important role in harnessing the human capital and economic potential, adding that the “private sector is already playing a bigger role in education in Nigeria compared to SSA due to the limited government spending on education. Private education in Nigeria is expected to grow further with enrolment forecast increasing to 21m by 2021; and $4.5-5.0b of private investment is estimated in the next five years in Nigeria of which the investment opportunity for private organised sector is $0.5-0.6m.”

With these findings, experts at the forum advised the federal government to meaningfully engage the private sector and create a beneficial policy framework, as the sector is already playing a major role across primary, secondary and tertiary education scene.

According to Ferreira, “We want to through the report beam a searchlight on what the opportunities are for investors, both for commercial and impact investors for social impact purpose and grant funders, who are willing to provide certain donations to educational institutions; and secondly on what government can do about it from policy point of view. How government can be a better steward of the entire educational system; be a better regulator, allowing a greater access for private players and a level playing field between public and private.

Policy and investment opportunity issues
Team Leader, Developing Effective Private Education in Nigeria, (DEEPEN), Gboyega Ilusanya, said now that the report has presented an opportunity and direction in which the growth of education in Nigeria and Africa is going, it behoves on government and key players to reposition themselves for the opportunity.

He said, “It’s actually showing that education system across Africa is gravitating towards the private sector. As it affects Nigeria, we are going to be the third largest population in the world by 2050. It has also been projected that the highest number of people are probably going to be living in Africa very soon. So this means that education requirements for African people will probably be more within the private sector space than the public sector given the trajectory pattern of growth for now.

“Going by this report, what are the policy options we needed to take into cognisance for proper repositioning because, if we are aware that this is what the situation will look like in 2030, in terms of the number of children that will be going to school and what type of schools they will be going to, which is likely to be private, what should be the thinking of the government? The report presents facts that will help government to be proactive and rethink its policies as it affects Public Private Partnership (PPP).”

Gazing into the future of education and relating it to the present issue of employability, relevance, access and quality, Gboyega queried what would be the new role of government in the face of the projected growth pattern.

He therefore expressed the need for government to rethink its relationship with the private sector so that the nation can benefit immensely from the investment opportunities.

He said, “It is not all investment opportunity that will be taken up if the policy options are not right, irrespective of the green light. That is exactly what has happened so far. In Lagos state, there are 17,300 private schools at the moment but certain proportions of them are yet to be approved, they need resources to improve their operations for possible approval. The financial institutions have resources to give them, but they cannot because they are not approved.

“Look at the opportunities; you can imagine the catalyst they would have done to the economy of Lagos if transactions were to be happening between the schools and the banks, coupled with the employment it would have created. So it is not all opportunity that will be taken up if the policy environment is not right.”

Apart from unfriendly policies, he also canvassed proper utilisation of technology. “For instance, we expect international organisations and chain schools like Bridge International Schools to participate, but while they are out there, can they have the information they need to access investment opportunity in Nigeria with a touch of the button? Can they access guidelines on establishment of schools in Nigeria for any state? All these information must be online and readily available for investors. That is the standard in advanced climes.

“So we need policy changes that will actually automate the systems such that people who want to get involved both locally and internationally can get information from any part of the world. Schools should embrace the power of technology, package and position themselves to access the market and the opportunities.”

“We need to get out of this politics of learning assessment, we keep talking about it, but we have not done it. We only wait for the West African Examination Council (WAEC) results to measure learning outcomes and it is a shame. The states need to take up the battle. Conduct independent assessment and monitor whether their pupils are learning according to curriculum specifications.”

“In Kenya they do it in schools and it is the hottest news in the country every year, even hotter than political news. They call it “A League Table. So individuals, regions, states can start their own. It is critical that we get it done. It will not cost a state much to get an independent body and request for learning assessment of their pupils,” he said.

He further urged education managers who desire to partake in the investment opportunity and be active players in the business of education to begin to think the way investors think and package their schools and affairs in a way that investors will be convinced that the business is worth investing into.

Former President, Babcock University, Prof. James Makinde, advised education managers in the public and private sectors, to while positioning for the market opportunity, rethink their teaching and learning pattern, saying once the foundation is weak the situation becomes hopeless at the tertiary level.

Now that the international agencies have taken their time, resources and knowledge to unwrap the business opportunities that lies within the private setting of education, will African leaders and Nigeria in particular put these opportunities to good use? Only time will tell.