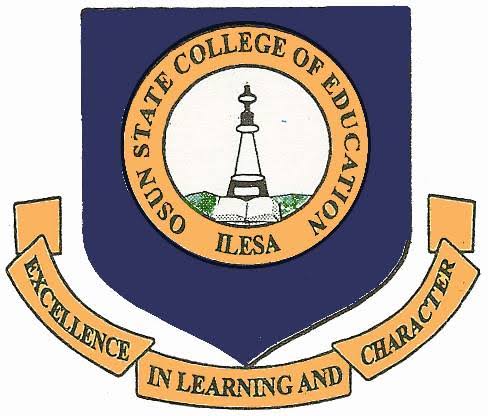 The Students of the Osun State College of Education (OSCOED), Ilesha, who began their examination on Monday have expressed their displeasure over a 21-month power outage, which has made learning a hurdle.

A student, simply identified as Semilore Arowolo, admitted into the University of Ibadan Agricultural Science degree programme at the Osun State College of Education (OSCOED), Ilesa, last year said she had never enjoyed power supply in Abanise community in Atakumosa West Local Government Area, Ilesha, where most students reside off-campus because the institution has no on-campus hostels.

She revealed that the lack of power supply had affected her motivation to study.

However, she had to study because the school has commenced its first semester examination for the 2019/2020 academic session on Monday. Hence, she is crying out for help.

“I am now faced with a notable challenge in my academic pursuit – power outage. I have an exam on Monday and I am not even motivated to read at all. I am managing my dim battery touch light and I have to read. I really need help. I want to start my first semester in this institution with good grades in all my courses”, she voiced out.

Another student, Abdulrazak Abdulazeez, is reportedly angry about the situation. The 400-Level student of Political Science disclosed that the power outage affected his result the previous semester. He said the blackout had lasted 21-month.

In his words, “We have been in this challenging situation for 21 months now. We have written letters to many quarters but no positive response of help. As a final year student, it is not easy to read my books. Our previous semester result was poor and this was as a result of electricity outage in the students’ community.

“Governor Adegboyega Oyetola was here last week for the 42nd Founder’s Day and the 27th Convocation of the institution, held at the College’s premises where he promised that his administration was determined to improve education in the state. We tried to see him but it was so difficult.”

The students are not only finding it difficult to study, getting other things done had become more expensive owing to the scarcity created by the lack of electricity.

A student of Educational Management, identified as David, said students found it more difficult to browse the internet, charge their phones or even buy kerosene.

“We are not happy with the blackout at all. To charge our phones and browse information on the internet is very difficult. To even buy kerosene for our lanterns is challenging because of the price. We have been going to people who we think can help in helping us to get a new transformer but they are just giving us lip promises.”

The power outage has also contributed to insecurity. Stealing, burglary, armed robbery among others are rampant. However, the students are worried about their examinations. They are forced to rely on dim torch lights to study.

The transformer in Abanise community was said to have become faulty on March 16, 2019 and since then the community has been in darknes. It was gathered that the students through their Students’ Union leaders and the landlords association of the area had reported the matter to Ibadan Electricity Distribution Company (IBEDC) in Ilesha but nothing has been done.

Speaking to newsmen, the president of Students’ Community, Adewale Ayoola, said when they reported the matter to IBEDC, they were told that many communities in Ilesha had similar complaints.

“Since March 2019, the student Community of Abanise has not had power supply. The transformer serving the community got spoilt and we have repaired it three times with our money but the problem persists because it is old. We resolved on getting a new one but help has not been coming from IBEDC, government and others. We served some dignitaries in the state letters, soliciting for help in getting a new one. We have not received any help till now.

“We informed some monarchs around for assistance, nothing was done. We informed the Chairman of Ilesha East Local Government, management of OSCOED, Ilesha and many more.

“When it was developing faults, each student hostel contributed N30,000 while indigenes houses contributed N10,000 each. The money gathered was not enough so we started soliciting for money from commercial motorcyclists and other artisans for help. We realised N1,047,380 million for the repair.

“N722,380 was used for the repair and we are left with N325,000. But in March the transformer spoilt again. And we were advised that we should get a new one. We are all left alone with our lights since then.

“Blackout in the area has resulted in insecurity in the community. We now record burglary, robbery, stealing among others.

“Examination is at the corner, students are straining their eyes to read for exam because all they rely on now is dim torch lights. They claim that we are the leaders of tomorrow. If we have eyes problem now, how do we become the true leaders they called us?

“When we met IBEDC, Ilesa, we were told there are many areas in Ilesa that need a transformer which they have not been provided. We met the Osun State Commissioner for Rural Development and Community Affairs, Hon. Oladimeji Samson, chairman of Ilesa East and Atakunmosa Local Government Area, they all claimed that ‘no money; allocation has not been given’. They promised to get back to us.” he lamented.
The students were angry over poor responses from those they thought would be of help. He said the commencement of examination on Monday had made the students more anxious.

When contacted, the Public Relations Officer, OSCOED, Mr Remilekun Okeade, said the school did not make provision for students to read on campus at night because there is no hostel on campus.

“For about two years, there hasn’t been light in the area and nothing has been done about it. The school does not have hostel for students to come and stay over. Every day by 6pm, the school will be closed, so no chance to come and read or do anything. Although there is provision of light inside the school but not around the campus area.” he stated.

However, help may soon come as the Regional Communication Officer, IBEDC Osun Region, Kike Owoeye, has assured the students that the bad transformer would soon be replaced.

Appealing for patience, she stated: “The Management of Ibadan Electricity Distribution Company (IBEDC) wish to empathise with our esteemed customers of Abanise Community on the faulty 300kva, 33/ 0.415 Transformer in Ilesa which is student dominated area. We are appealing to our customers to exercise patience as we are working resolutely to ensure the required investment we committed through the Performance Improvement Plan (PIP) which are the provision of equipment and reliable service, upgrading of ageing infrastructure and network expansion to our customers are implemented which will be the outcome of the Service Reflective Tariff (SRT).”

Ms. Owoeye also noted that IBEDC would not charge the community for this long period they have not had power supply.

“Meanwhile, IBEDC had since stopped the billing of the customers affected. We also wish to enjoin our customers in Abanise community to be patient as we understand their plight and assure that they will be given a transformer as soon as IBEDC takes delivery of new transformers.”

The Commissioner for Rural Development and Community Affairs, Oladimeji Olanibi, has denied reporters audience via phone calls and text messages on the issue.