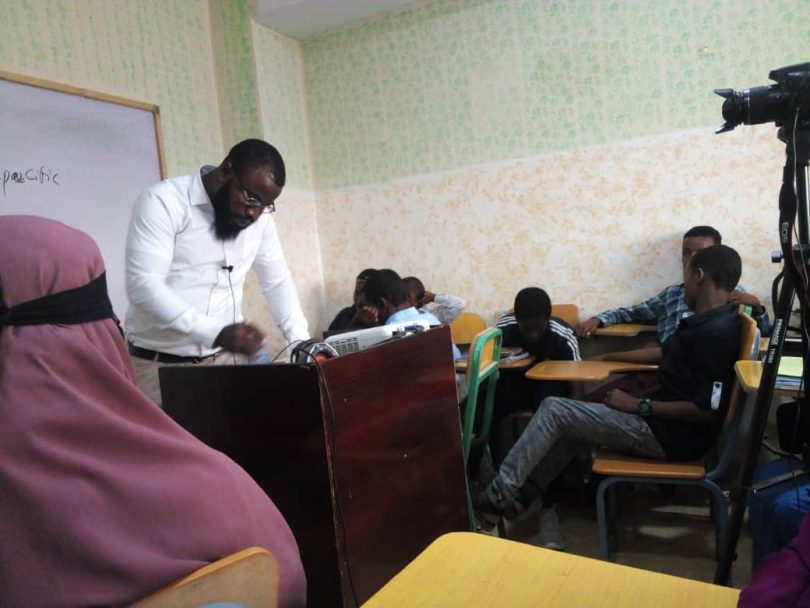 With the spontaneous eruption of the Covid-19 virus in China, most of us expected a break down of countries’ economic spheres. This fate appeared inevitable due to the contagious level and the velocity with which the virus roams about like a raging wildfire in harmattan season. Soon, we began hearing of closure of educational institutions and businesses in various countries like China and Italy and knew it was only a matter of time before the same drastic measures would be taken in Somaliland. 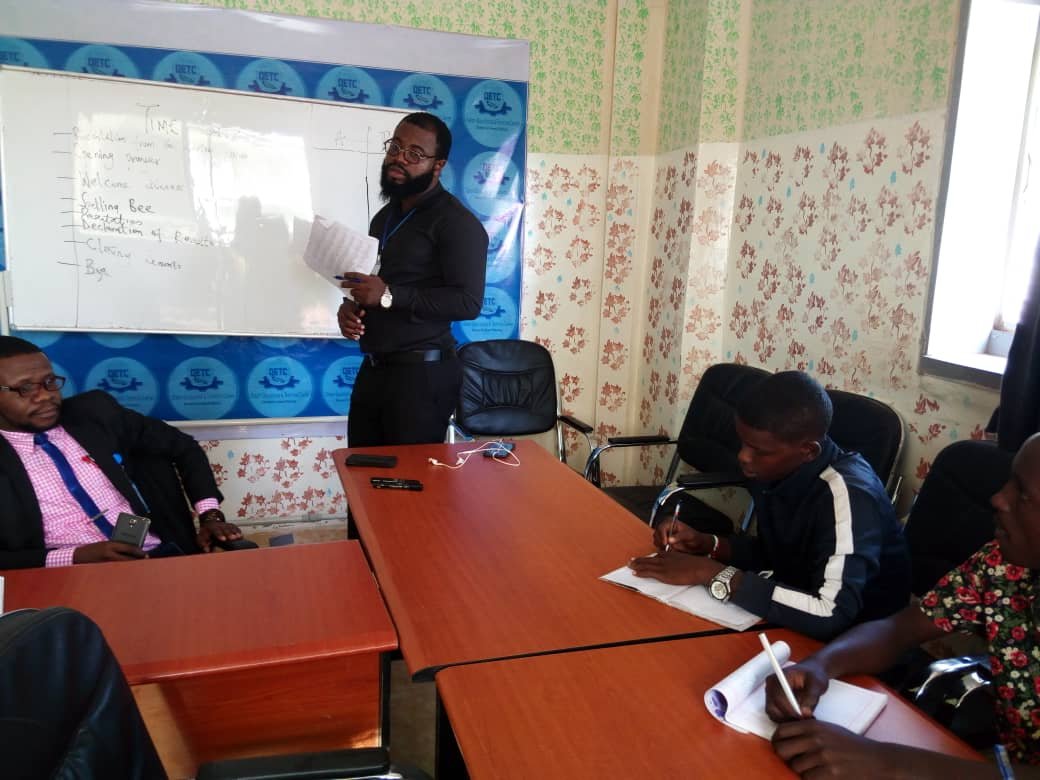 Luckily, we were prepared for it (or maybe we appeared to be, haha!).

See, the management of my institution had been gearing up for online classes and we already had PowerPoints prepared and were waiting for the commencement of the programme before the Covid-19 virus came into the picture. So when finally a government injunction was given for all educational institutions in Somaliland to be locked up for four weeks beginning from the 19th of March 2020, we knew we had only two options; either launch an online teaching platform immediately, or sit idle at home. And the latter did not seem a palatable choice at all for us who are used to fighting our daily battles within the confines of a classroom walls.

An emergency meeting was called and we were asked to go online so as not to interrupt the students’ learning process. We were to teach students using the Skype application.

Tutorial classes were immediately organised within the next two days to teach both teachers and students how to download the Skype application on their mobile phones and how to effectively utilise the application in teaching and learning. Not a few of us teachers, including majority of the students, who are acclimatised with the traditional system of classroom teaching doubted the efficacy of this system.

For us, nothing was ever going to be as effective as the old traditional system of teaching. But how wrong we were!

See, the advantage of the Skype application for teaching is that aside from its ability to be utilised for video calls between as many as 15 individuals or even more, a teacher can also project his screen to the electronic devices of students, and conversations could be recorded and even downloaded for students who could not attend the classes or for those who wished to listen to the lesson again. So, all I needed to do was design my PowerPoint presentation to suit the class and project it from computer or phone while I discussed with the students. They were made to carry out tasks which we solved together, assignments which involved writing, were sent in via emails and WhatsApp and speaking tasks were done directly on Skype.

Luckily for us, Somaliland has quite a stable and strong internet connection and constant electricity supply and this prevents the voice cracks that would have been the case in places with weak internet connections and interrupted flow of electric power. Hence, classes have gone on smoothly since on the 19th of March 2020.

Another thing that worked for me is my institution’s policy of not congesting classes. So usually, we do not have more than 15 to 20 students per class. Students are mandated to be available online at the usual time of their classes clutching their textbooks and join in the conversation once the teacher initiates the call.

I would not say that there were no challenges at all since getting people used to new ideas usually takes time before it sinks in. On the part of the students, it was difficult getting majority to come online, it took several efforts reaching them via telephone calls and WhatsApp messages before many joined the class on the Skype platform.

However, the numbers increased rapidly in subsequent days. Those that were unable to participate in the process downloaded the video and followed up with the lessons and assigned tasks. There was also the issue of noise at the background. Students had to make calls from homes and in most cases had not the privilege of privacy. In my early morning classes, we could hear clangs of plates being washed or cleaning going on (haha) and also loud conversations by family members during the other classes. But I have told students to avoid these scenarios by muting their microphone when such happens, and most have begun to comply with this almost immediately.

Another challenge is reaching out to the younger students, most of whom do not have mobile devices. However, parents and guardians have been notified to make their mobile devices available to their wards at the usual class hours and we also are gradually scaling across this hurdle. 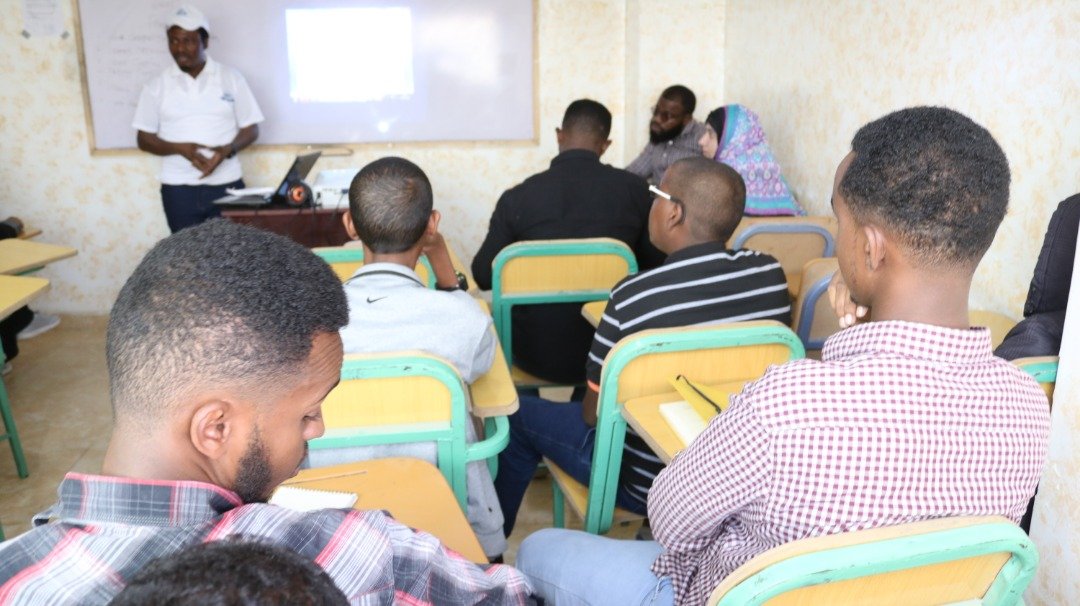 Generally, I think the students enjoy the classes as I have noticed that they return to their Whatsapp groups to chat about what has been discussed on the Skype platform. They set questions for themselves and answer. As the teacher, I also participate in corrections, identifying mistakes, and sending questions to be answered on the Whatsapp groups.

Also, I think many are grateful that it has saved them the stress of transporting themselves down to the campus for lessons and coming late to classes. There are few occasions when I got to the class at the specified time only to discover that majority of my students were absent, and most would turn up late. This has been avoided as all they need to do now is join the class at the right hour.

For the teachers, I think we are learning to break barriers and access new ways of transporting ideas to our students without physical contact.

As I mentioned earlier, many of us found it difficult to trust the effectiveness of the online method. I think we are being forced to acquire a novel and necessary skill which is most needed to catapult us from the old traditional and analogue system of teaching which involves physical contact to the digital system of the present world.

Finally, we are optimistic that the world would most definitely recover from this catastrophe and by that time, workers in the educational sector of countries would be better equipped for the challenges of the modern world.