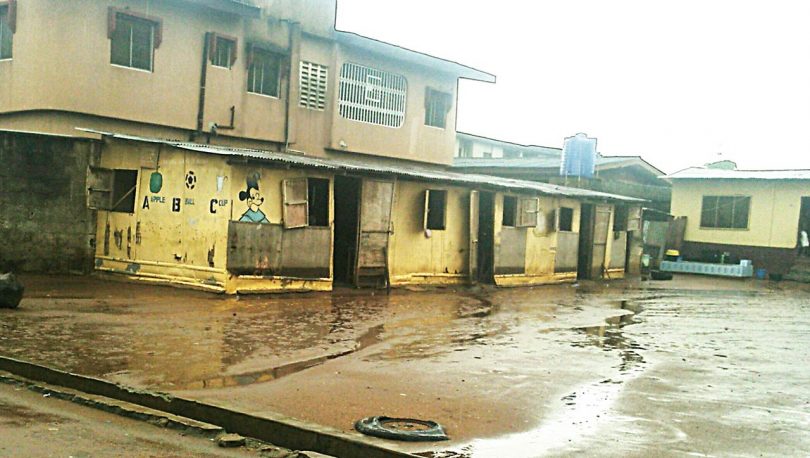 Teaching profession, that it is the mother of all professions, is no longer an affirmation. Its position has been relegated. This is an age-long discovery.
Ugly events continue to transpire in the academic sector that reveal the mediocrity that characterises this noble profession. It seems the profession has been shorn of its nobility.

After the shocking revelation of the notoriously abysmal performance of the CHEATERS in El-Rufai’s state, the qualifications of the CHEATERS parading themselves as TEACHERS are being queried by concerned academics. How did these teachers get into the system? Were they not tested before their appointment to inflict academic devilment? The bitter truth remains that these are belated and irrelevant questions. The pertinent question yearning for an instant answer is that what are the problems plaguing this profession? What happened in Kaduna can happen at any schools, either private or public. 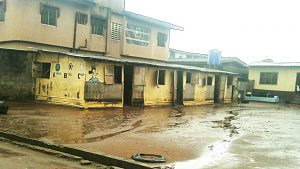 Problem One: Dearth of Professionalism

In all the professions that exist, teaching is the only porous profession, the dump site for dismissed workers and the unemployable. The era of genuine teaching has elapsed. Teaching is a complex exercise that requires professionalism, considerable experience and endless patience. Before now, there were neither conditional nor situational teachers. S/he that indicated interest in teaching had to compulsorily undergo training before their appearance in the classroom. Teaching was a desired service. Teachers were placed in classes commensurate with their qualifications and experiences. Subject distributions were strictly in accordance with the course a teacher studied. A graduate of Mathematics would not be given Literature to teach. There was thorough supervision to ensure efficiency. Most teachers were committed and dedicated

What is obtainable in the sector today is terribly disheartening. Schools no longer what they used to be. Our academic sector is now the last hope for those dismissed from other sectors and those considered unemployable by employers in other professions. Schools are flooded by ersatz intellectuals. Unqualified doctors teach sciences at various schools. Those dilettantes among lawyers are teachers of English Studies, Governments, Literature and Civic Education. Those retrenched from telecommunication, oil and banking sectors are the so-called “great teachers” in most schools. All other professions prioritise certification obtained through rigorous training before practice. What happens to teaching?

Some years back, there was hardly a street without a bank. Then, banks mushroomed every day. It took the professional sophistry of the then CBN Governor to curtail that dangerous proliferation. A pecuniary target was mandated. Those whose existence and activities were directed toward the extermination of the banking sector were exorcised. Banks with a tottering capability to remain in the sector were advised collaboration to strengthen their monetary credentials. This radical decision not only resulted in a drastic reduction of substandard banks, it fortified the sector against economic hazard. Today, Nigerian banks are not only reliable, they are also among the world’s strongest financial institutions, courtesy of regulation.

In the academic sector, the converse is the case. Schools are established every day for monetary gains. Shops are converted to schools. Rented apartments are shared by students and non-teaching tenants. I had the privilege to conduct an entrance exam in a school. I strictly obeyed the direction given to me by my boss, but the school was still difficult for me to locate in that street. It was a working day. So, the area was deserted. Fortunately unfortunately, I caught a sight of two friends approaching me. I was glad to see them. These people were accosted and I enquired to know if they knew the school I was looking for. “That school is not in this street,” one of them said magisterially. “I will advise you call the person that directed you here,” the other person reinforced. I was confused and became worried. Like a dramatic irony, I knew not that I was in front of the school but without any traces of an academic setting. I phoned my boss who sent me the phone number of the school’s proprietor. I quickly spoke to the person on the phone and a class assistant was sent to pick me up. This is a school that prides an appreciable population. It is a one-storeyed building. The upper floor is used for academic purpose while the ground floor is occupied by other tenants. A single toilet is used by all occupants in the building. Pupils therefore urinate in buckets which are later discarded when the toilet is disengaged. I trod cautiously as the assistant led my way. I was being careful not to touch the stairs rails. Wonders shall never cease. All the entire eight rooms on that floor cover Nursery one to Basic six, except the proprietor’s private room that equally serves as an office. “Kindly have your seat,” the proprietor said after smiling me a welcome. The whole place was reeking of urine. Something baffled me. While standing in front of the building, there was a deafening silence. No one could ever notice a school. When I got in, the pupils were seen running around. I kept mum. I knew I had been mistaken as an inspector and the pupils were instructed to place their heads on their tables until my identity was revealed. This school is one out of the numerous substandard schools that exist. 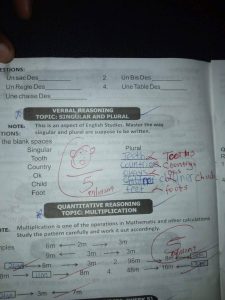 This is what one of the primary school teachers marked

I know of a school that has three rooms demarcated with plywood; the proprietor’s room, another one for the whole KG and Nursery classes while the last one serves basic one to six. A teacher handles the KG and Nursery pupils while the proprietor teaches basic one to six all subjects in a single room. These are the pathetic situations in our academic sector.

The Ministry of Education cannot give the accurate figure of schools under its supervision. Don’t blame Kaduna Teachers. When schools are owned and run by frustrated people, what do we expect from the poorly paid teachers? In order to improve the qualities of teachers, regulation is very important.