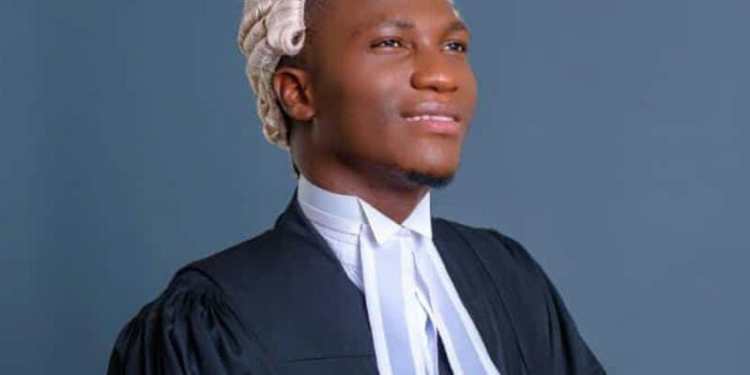 A graduate of the Premier University, University of Ibadan, Olalere Yusuf Asamu, has emerged as the best graduating student at the Bar Final Examinations January 2020 as approved by the Council of Legal Education

According to the information published by the Director General of the Nigerian Law School, Professor Isa Hayatu Chiroma, SAN, Yusuf who hails from Atiba local government area of Oyo state won a total of 12 prizes.

It was reported that the caretaker chairman of Atiba local government, Hon Ibrahim Sulaiman Akinkunmi had earlier presented gowns and wigs to Asamu and two others for performing excellently in their career.

The vice chancellor of the institution, Prof Idowu Olayinka, who listed the prizes won by Asamu and institution, said the university received the news with joy.

“Bumper harvest as Ibadan Graduates shone brilliantly at the Nigerian Law School, winning 28 out of the total 38 prizes

“The University of Ibadan community is highly pleased with the outstanding performance of the law graduate who won 28 out of the 38 prizes at the Bar Final Examinations January 2020 as approved by the Council of Legal Education, Bwari, Abuja,” Olayinka said.

“We received the news with much joy in our hearts, coming barely two weeks after our great University was ranked the best in West Africa, number 7 in Africa and among the top 500 universities in the world.

“We will continue to post superior performance in the years ahead. We congratulate our students, knowing full well that in the words of our University Anthem, this is ‘Greatness won with honest toil’,” he said.

The Vice-Chancellor added that the university management will continue to support outstanding students.

“It is worth noting that the University of Ibadan produced the Overall best graduating student, in the person of Olalere Yusuf Asamu, who won a total of 12 prizes,” he added.