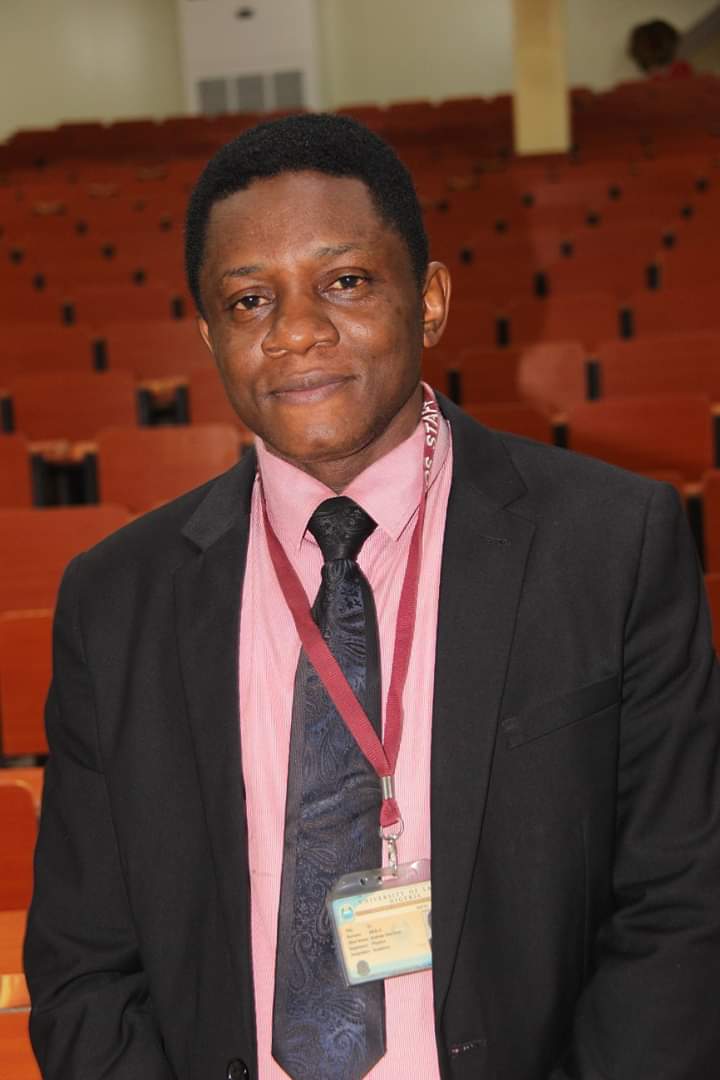 Dr. Andrew Oke-‘Ovie Akala of the Department of Physics and Deputy Director, APD, Distance Learning Institute (DLI) has been announced as the recipient of the 2019 Africa Award for Research Excellence in Space Science.

The Award was conferred on him by the American Geophysical Union in recognition of his significant research in space science as an early career scientist from the African Continent.

He will be celebrated at the Union’s Annual Honours Ceremony and Banquet scheduled for the end of the year.

The Vice Chancellor, Professor Oluwatoyin T. Ogundipe, FAS, on behalf of the Senate, Management, members of staff and students of the University of Lagos congratulates Dr. Andrew Oke-‘Ovie Akala on this achievement.