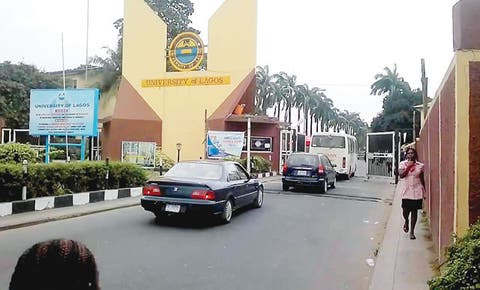 UNILAG Special Visitation Panel set up by the Federal Government has begun sitting.

The sitting, which began on Monday August 31, 2020, is aimed at probing the crisis rocking the institution.

The Penel is working with memoranda gathered from the public.

It was reported that memoranda submitted after the time limit were rejected.

The dropbox was emptied into a big bag popularly called “Ghana must go” bag and taken into the Senate Chambers where members of the panel were waiting and the door shut.

The Memoranda were submitted in 10 hard copies and backed by a soft copy sent to the panel electronically.

Apart from the security guards provided by the university, policemen from Sabo Police Division were also on hand.

However, the Chairman, UNILAG chapter of the Academic Staff Union of Universities, ASUU, Dr Dele Ashiru, said the union had sent its memorandum to the panel, urging the Federal Government to remove the Chairman of the Governing Council, Dr Wale Babalakin, SAN, and also dissolve the Council.

Ashiru, who was at the Olabisi Onabanjo University, Ago Iwoye to attend a zonal meeting of ASUU, said it had strong and substantial evidence to back up calls for the removal of Babalakin.

He also added that the union would also prove that the Vice-Chancellor Prof Toyin Ogundipe was removed from office illegally.