Written with the a sweet choice of wordings, the book stands alongside masterpieces as The Diary of Anne Frank and others, as one of the ten most important nonfiction of this century by Time Magazine. If there is a book that has the message you need to boost your self-belief, it is this book!

With the ugliest of childhood, littered with host of life-threatening actions, this book describes, in detail, the life of a highly controversial figure in the history of Afro-American Revolution. Growing up in a world thickly-clothed with hostility, racism, poverty, ignorance, he, after a one of too many burglaries, land himself in jail. 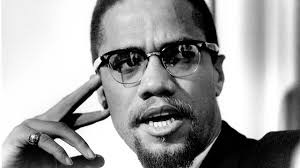 In jail, he wrote out and learnt the entire words of the dictionary. It was there he came in contact with books – he read, read and read till he developed astigmatism. Here, he began to ask questions which to his jailers (the devil white man he called them) was a threat. In there too, he met God. And by the time he was out of jail, he was for only two things: Black Americans’ Revolution and religion. There, X the unknown became Malcolm X the renowned. There, Malcolm the gangster became the Superstar!Elijah Muhammad, his spiritual godhead was the only person he gave his all, until he went on Hajj to Saudi Arabia where he saw how the Orthodox Islam is practiced. It was there he came to realize that not all whites are devil. The stage was set. His ideologies raised dust and pebbles among his admirers and haters. While he toured around the world, the atmosphere back home in America began to light up.

Several death threats and taunts and attempts came; he survived all but one. El Hajj Malik Shabazz as he later became to be called after his Hajj, like many of his ilk, became much more than there was time for to be. His last breath was breathed in front of an audience whose well-aimed bullets burrowed into his stomach. From then on, the Afro-American community was gagged and muted of its only vociferous voice. His life and death were hallmarks of changes. His beliefs were garnished with controversy in the heart of his many contemporaries. 34 years after his assassination, his legacies were reopened by the society that rejected him; his beliefs were rewarded by a society that was threatened by his living. 34 years after his assassination, he was issued a stamp by USA Postal Service in its black Heritage Stamp Series.

His lessons are plethora. Of them, his self-belief and his self-conviction and his resoluteness and his truthfulness, his selflessness for his kinsmen and intellectual-richness stand him tall among the dead living. The “the most important book I’ll ever read. It changed the way I thought; it changed the way I acted. It has given me the courage I didn’t know I had inside me. I’m one of the hundreds of thousands who was changed for better” statement, as said by Spike Lee, dug its hands into my pocket to buy the book