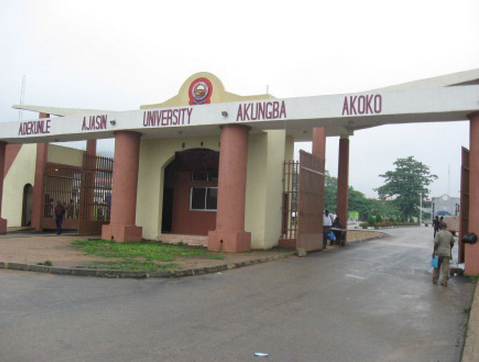 Management of the Adekunle Ajasin University, Akungba-Akoko(AAUA) has announced the postponement of the examinations scheduled to commence on Monday.

While disclosing this in a statement on Saturday January 23, 2021, the management stated that the postponement was to honour students of the institution who died in an accident on Saturday evening.

The statement, however, did not disclose the number of students that died in the accident which involving a truck conveying cements from Kogi State.

The driver of the truck had lost control and rammed into a shop close to the entrance gate of the institution, killing several persons in the process.

A total of 12 persons have been pulled out of the rubble.

Acting Registrar of the institution, Opeoluwa Akinfemiwa, in a statement said the examination was postponed until further notice.

Akinfemiwa said, “The State Government has been informed about the incident and they have begun the process of preventing a reoccurrence.”

The statement directed the main gate be closed with immediate effect while staff and students are to make use of other gates.

According to the statement, “As a mark of respect for our departed students, the examinations scheduled to start on Monday, 25th January, 2021, is hereby postponed till further notice.

“We appeal to our students to remain calm, as the University mourns those that lost their lives in this unfortunate incident.

“The University and the Ondo State Government are working round the clock to institute permanent solutions to the problem of incessant road accidents along Ikare-Akungba road.”

It was learnt she went for a photo shoot in preparation for her birthday and later went to make photocopies of some documents in a business centre belonging to her sibling when the accident occurred.

Late Oluwaseun was the course representative of her department and the first female President of the National Association of Business Administration and Management Students.

Two other victims were identified as Ayokunle Ben Makanjuola and his brother, Pope Kelvin.