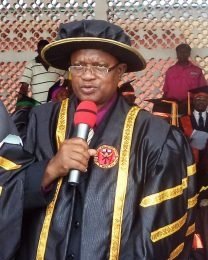 It was reported that the Rector died around 7 pm on Friday after a brief illness.

Jimah, according to a source close the his family, died at the age 60

Arrangements are ongoing to bury his remains this morning according to Islamic rites.