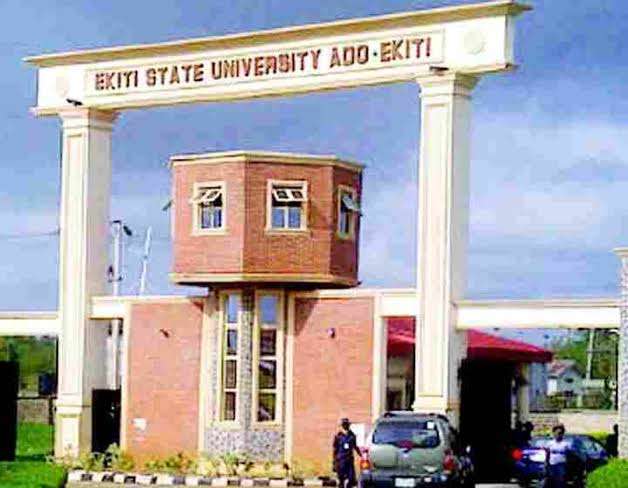 The Academic Staff Union of Universities, Ekiti State University, Ado-Ekiti (EKSU) Chapter has said it would not hesitate to embark on an industrial action if the modulated payment of salaries of its members and slash in the monthly subvention continued.

ASUU lamented that the reduction in the subvention and modulated payment of salaries of its members in the last 15-months had grossly affected the running of academic activities in the university.

Chairman and Secretary, Dr. Kayode Arogundade and Dr. Daniel Ogunwale respectively, said the Union have lost some members due to their inability to afford proper feeding resulting from unpaid salary occasioned by persistent cut in the university’s subvention from the state government.

ASUU decried under-funding of the state-owned institution, saying the situation has affected the university in the last few years to deliver on its mandate. As well as compete favourably with other state-owned universities in the country.

It lamented that the members of staff had been placed on half salaries in the last 15-months in spite of the sack of 1, 172 workers in December 2019, thereby making life unbearable for workers.

The Union accused the visitor, Governor Kayode Fayemi of paying lip service to the issue of funding of EKSU. He added that the institution had continued to struggle to pay its wage bill totaling N452m with a monthly subvention of N260m.

“It is pathetic that the university does owe not less than 15 months of half salaries to its staff even after sacking over 1,172 workers in December 2019; many of whom are either dead or battling with different kinds of ailments.

“The government already also owes the University five (5) months subventions. Our several appeals for separate funding for the College of Medicine as a separate entity as it is the practice in other climes have fallen on deaf ears of the government,” it said.

ASUU alleged that the Vice Chancellor, Prof. Edward Olafeso and the Chairman of the Governor Council, Prof. Bamitale Omole were running the universities like their personal fiefdom against the extant rules and regulations of the institution.

It added that the university community under the leadership of Prof. Olafeso and Prof. Omole are wallowing in precarious situation as the institution was suffering from financial suffocation and gross neglect of its workers’ welfare.

The Union accused Governor Fayemi of allegedly reneging on his promise to give priority and provide financial life line that would assuage EKSU fiscal paucity, in spite of the frequent consultation and dialogues the union had with him and the university management.

This, ASUU said, had adversely affected the standard of the institution and may further worsen if prompt actions are not taken to salvage the situation.

“Let it be on record that the Visitor during his first tenure merged three Universities together for the paucity of funds (as claimed by him). How do we explain the attitude of a Governor who promised an increase in subvention from N260 million to N300 million out of the N452million wage bill even in the State 2020 budget without the implementation to date?

“In a manner revealing a zero commitment to the development and growth of the University, the Visitor has gone ahead to reduce this promissory note to a disheartening N286 million (projection) monthly in the 2021 appropriation bill presented to the Ekiti State House of Assembly even as the University has spent the money in advance.

“If N260 million was being released when budgeted value was N300m, one can begin to imagine how much should be expected now that the projection has been reduced,” it said.

The Union, thereby call on Fayemi to improve funding in the institution to enable it meet its financial obligations including payment of 15-months half salary, three months outstanding salaries of July, August and September, 2018 as well as retirement benefits of retired members.

It, however, warned that failure to oblige would cause the union to embark on industrial action, even if the national body calls off the lingering strike.