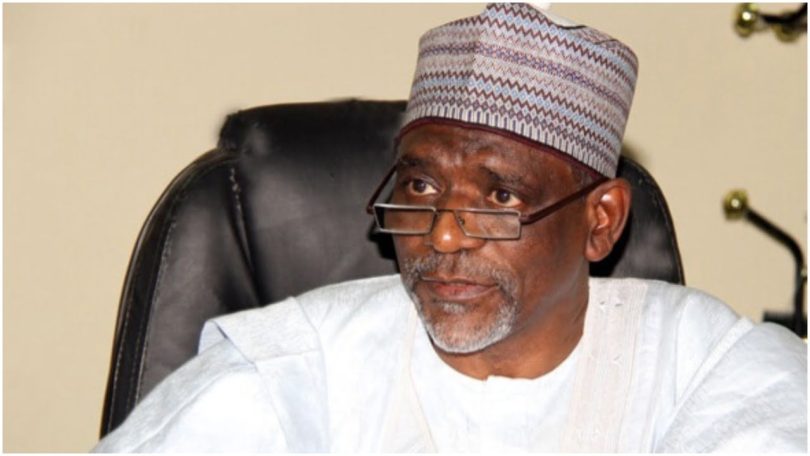 The federal government has told parents and guardians not to underrate private tertiary institutions in the country, saying private education institutions have helped government open doors for more citizens to acquire quality education.

The government also tasked parents to embibe technology education by encouraging their wards to embrace the study,saying it was the bedrock of national growth and development.

Minister of Education, Malam Adamu Adamu, who said these in Abuja, during the Dorben Tech-Expo 2022, organised by Dorben Polytechnic Abuja, added that there was the need to address scientific technology development in order to move Nigeria from the status of developing country that it has been to a developed country.

According to him, private institutions were really supporting the federal government to bring the dream of the children to pass.

Speaking at the event with the theme: “Developing Science and Technology Education in Nigerian Polytechnics”, the minister, who was represented by Mrs Olubisi Olagbenro, Deputy Director, Polytechnics Education, said technical and technology education were of paramount importance to the federal government because they were integral part of the national development strategies.

He said, ”I use this opportunity to call on parents to imbibe technology education as it is the bedrock of national growth and development.

“So the private institutions are really supporting the federal government to bring the dream of the children to pass and I want to let you know that all the private polytechnics that are accredited are being monitored by the Federal Ministry of Education and they are in compliance with the laid-down rules and regulations.”

Speaking further,the minister said, “Technical as well as technology education is of paramount importance to the federal government and the Federal Ministry of Education because it has been an integral part of the national development strategy due to its role in human resource and skill development leading to the production of skilled manpower needed for economic growth.

“I wish to state that science and technology education produces skilled manpower, vocations and scientists that are capable of using their skills and knowledge to guide the economy of a country and this will in turn, bring special solution to our socio economic problems and leading the country to realization of its objectives and goals.

“You may recall that Nigeria strived towards achieving its goal of becoming an economy model of being one of the largest economies by the year 2020, and this was not possible because of lack of proper technology and scientific development.

“At this juncture, I wish to say that there is need for addressing scientific technology development in order to move Nigeria from the status of developing country that it has been to developed country.

“I wish to let you know that the criteria used in grading a country to be developed or developing or under developed is the level of the technological and scientific attainment.

“Nigeria is in dire need of the workforce that can use their skill and knowledge to free Nigeria from the shackles of underdevelopment and cause a rapid change among the people.”

He commended the management of Dorben Polytechnic, Abuja, for its support of federal government in its bid to accelerate national development and realize national goal.

The event saw some inventions and products of entrepreneurial skills of students of Dorben Polytechnic, Abuja.

The minister after inspecting the exhibition, hailed the management, staff and students of Dorben Polytechnic Abuja for the great innovations.

“With these inventions showcased today, we have seen that students of this polytechnic are as intelligent as students of other polytechnics institutions.

“I wish to state that this program will not only spur or provoke more researches but also contribute to the national development,” he said.

Earlier,in his opening remarks, Dr Akpan Ben Ekwere, Chairman and Proprietor, Dorben Polytechnic, Abuja, explained that “The expo is about showcasing the talent of polytechnics in Nigeria especially the private polytechnics “because people don’t realize what we can do.”

“We now want to bring it to the world what private polytechnics stand for and what we can do.

“Dorben Polytechnic is doing a lot for the Nigerian economy because our students are doing well in the ministries. In the economy, technologically, they are the best. In the oil and gas industry, engineering, they have registered.

“You can see our entrepreneurship development, we are very good in that. You see what we are producing, Now, the engineering students have done an online voting machine. I mean it is wonderful that our students can come up with idea to contribute their quota to nation development

“Our students will be rushed as they make good employees. We don’t beg them (employers) but they beg us

“I’m saying boldly that the federal government should pipe down on all these university degrees. Technical education is the most important thing that can pilot the affairs of this nation and not degrees. Degrees, they just go there and get handouts and get degrees but here, we do the practical and that’s why we are better than all of them and there’s no two ways about it.

Polytechnic education will play a greater role in the development of the economy of this nation. So we are proud of them. So, they should equate our students, the level in employment, leave the discrimination behind as they are the same thing with their university counterparts and we are all Nigerians, we go to the same market, we do same thing to promote the economy.

He regretted that the federal government has refused to give us private institutions grants like their public counterparts, wondering whether they were from other countries and that we are not Nigerians.

“So we are appealing to the federal government that whatever they can give us to support in training these children in this economy, they should not hesitate. They claim it was not in their law but why was it that they approved private polytechnics, why is it that they approved private universities, we are doing the same thing, it doesn’t make sense. That is the mentality of Nigerians,” he said.