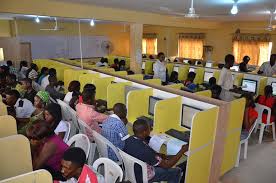 Two brothers, who are identical twins, were arrested for alleged examination malpractice at the Unified Tertiary Matriculation Examination (UTME), at the University of Maiduguri centre, Borno on March 10th.

The lookalike brothers tricked invigilators and security personnel to gain entrance to the centre. One of them tried to sit for the examination on behalf of his brother.

One of the twin brothers, Hussain Andulhammeed, was captured in the biometric registration for the Computer Base Test (CBT) but his other twin brother, Hassan, took advantage of their semblance and sat for the examination in place of his brother.

He was arrested by the vigilant invigilators.