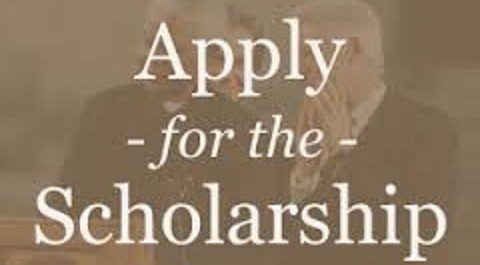 A scholarship is an award of financial aid for a student to further the education at either a private or public elementary or secondary school, college, university. There are interesting facts to know about scholarship

Do you know that:

David Letterman created a scholarship for the average “C student,” recognising that it’s not all about marks. Some are extraordinary and amazing in other ways.

When a millionaire gave everyone in a Florida neighbourhood free college scholarships and free day care, the crime rate was cut in half and the graduation rate jumped from 25% to 100%. He did this after being fired from Walt Disney World because his bosses didn’t think he could be a “company man”.

An Italian schoolboy who was selling snacks on campus at a lower price than the cafeteria was suspended for 10days. He also received prestigious scholarship from an institute that said the boy’s initiative should be “encouraged, not persecuted.”

In 2012, Miss America claimed to make $45 million of scholarship money available to women annually, whereas in reality, in 2012, the Miss America Foundation gave out less than $500,000 in cash scholarships.

Morgan Freeman turned down a drama scholarship because he dreamt of being an Air force fighter pilot. He spent four years as a tracking radar repairman. At age 65, he finally earned his private pilot license.

A Chinese mathematical genius who had won a gold medal in the International maths olympiad denied a full scholarship to MIT and chose to become a monk in a Buddhist monastery.

Students needs to be more careful because scholarship scammers are out there! Each year, 350,000 applicants are cheated out of 5 million.

Your caffeine habit may win you money for college.

Each year there is around $100 million in unclaimed scholarships in the U.S, often because there aren’t enough qualified applicants.